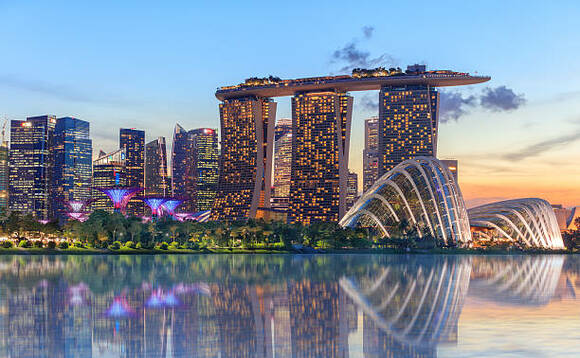 Estonia-based Change, a cryptocurrency platform for retail investors, has announced that it has made its first major expansion outside Europe with a new office in Singapore.

It said the strategic move involved plans to use the Singapore presence as a launchpad to other global markets.

The community-driven platform said it has seen an international surge in interest from potential customers and investors following June's $4.5m private round.

Singapore is the natural next step for us outside of Europe. It is home to consumers who embrace financial innovation, and it has a surging cryptocurrency community."

Subsequently, the Change team decided the time was now right to begin expanding its offering.

In recognition of its growth and approach, Change said it has also been inducted into Estonia's Startup Wall of Fame, joining the likes of Skype and Wise as one of Estonia's most exciting tech companies.

Kristjan Kangro, founder and CEO of Change, said: "Our new Singapore office is a huge step in our journey to become one of the world's leading cryptocurrency investment platforms. We've seen rapid growth in the past year, both in terms of new customers and the size of our team - which now numbers more than 60.

"Singapore is the natural next step for us outside of Europe. It is home to consumers who embrace financial innovation, and it has a surging cryptocurrency community.

Opening a hub in Singapore also provides a future gateway to global markets which are likely to be the driving force for cryptocurrency's continued growth."

LeeRen Tan, Change's APAC Lead, said: "I'm really looking forward to growing Change's team in Singapore and one day, hopefully, driving new customers in the region. There's a wealth of tech talent and a huge amount of potential throughout Asia.

"Joining Change was an easy decision because it has a reputation as both an innovator and a safe pair of hands. They have done a lot to help create new standards in the cryptocurrency market in Estonia, and their community-led approach means they always put the customer front and centre."