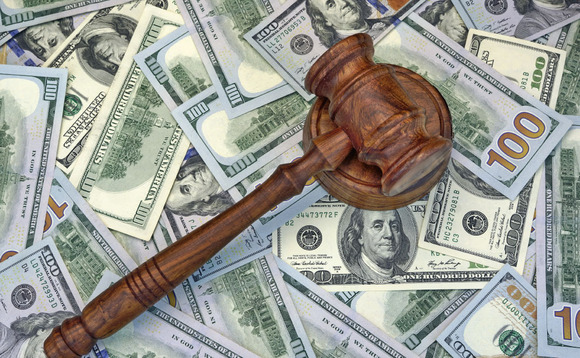 The US Securities and Exchange Commission (SEC) has taken action against three companies owned by Chinese Billionaire Guo Wengui for "commingling" the proceeds from two unregistered securities offerings.

In a statement on 13 September, the SEC charged three of Chinese billionaire Guo Wengui's companies over an initial coin offering (ICO) and initial public offering (IPO) that fetched a total of around $487m.

Thousands of investors purchased GTV stock, G-Coins, and G-Dollars based on the respondents' solicitation of the general public with limited disclosures."

The SEC also announced charges against GTV and Saraca for conducting an illegal unregistered offering of a digital asset security referred to as either G-Coins or G-Dollars. The respondents have agreed to pay more than $539m to settle the SEC's action.

According to the SEC's order, from April through June 2020, the respondents generally solicited thousands of individuals to invest in the GTV stock offering.
During the same period, GTV and Saraca solicited individuals to invest in the digital asset offering. The order finds that the respondents disseminated information about the two offerings to the general public through publicly available videos on GTV's and Saraca's websites, as well as on social media platforms such as YouTube and Twitter.

Through these two securities offerings, whose proceeds were commingled, the respondents collectively raised approximately $487m from more than 5,000 investors, including US investors.

As stated in the order, no registration statements were filed or in effect for either offering, and the respondents' offers and sales did not qualify for an exemption from registration.

"Issuers seeking to access the markets through a public securities offering must provide investors with the disclosures required under the federal securities laws," said Sanjay Wadhwa, Deputy Director of the SEC's Enforcement Division. "When they fail to do so, the Commission will seek remedies that make harmed investors whole, such as an unwinding of the offering and a return of the funds to the investors."

"Thousands of investors purchased GTV stock, G-Coins, and G-Dollars based on the respondents' solicitation of the general public with limited disclosures," said Richard R. Best, Director of the SEC's New York Regional Office. "The remedies ordered by the Commission today, which include a fair fund distribution, will provide meaningful relief to investors in these illegal offerings."

Without admitting or denying the SEC's findings that they violated Section 5 of the Securities Act of 1933, GTV and Saraca agreed to a cease-and-desist order, to pay disgorgement of over $434 million plus prejudgment interest of approximately $16 million on a joint and several basis, and to each pay a civil penalty of $15m.

Voice of Guo agreed to a cease-and-desist order, to pay disgorgement of more than $52m plus prejudgment interest of nearly $2m, and to pay a civil penalty of $5 million. The order establishes a Fair Fund to return monies to injured investors.

The respondents also agreed to not participate, directly or indirectly, in any offering of a digital asset security, to assist the SEC staff in the administration of a distribution plan, and to publish notice of the SEC's order on their public websites and social media channels.