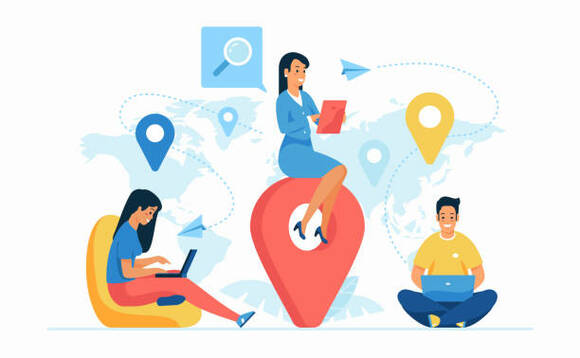 UK pensions may have caught the attention of UK Chancellor Rishi Sunak who, like his counterparts in Europe, has a difficult balancing act to find ways of raising revenue while still keeping public support strong for the government, says Blevins Franks' Jason Porter.

So what does this mean for those advising expats?

With the pandemic having caused the UK and most other governments to provide huge financial support to keep their economies afloat (such as furloughing, grants, etc) governments now need to raise a lot of money over the coming years to pay what effectively is massive government debt - and taxation is one of the most obvious routes.

Waiting for an official announcement may mean expats miss the opportunity to take action under the current rules."

But what does that mean for expats?

The changes that may be made by the local government in the expat's country of residence could over time make tax-efficient investing more tricky and capital taxes may become more encompassing.

It is not just their current country of residence that you need to be aware of though.

If they have a pension fund or other assets - such as a property - back in the UK, it could be adversely hit by changes the UK government may bring in over the next year or two to start repaying the debts of the pandemic years.

The ‘triple lock' on UK state pensions has been suspended for the 2022-23 financial year. The UK state pension increases each year in line with the rising cost of living seen in the Consumer Prices Index (CPI) measure of inflation, increasing average wages, or 2.5% - whichever is the highest, hence why it is called the ‘triple lock'.

UK expats in places like Australia and Canada no longer benefit from the triple lock as their state pension is frozen, whereas the Department for Work and Pensions (DWP) has confirmed that the UK government will still uprate the UK state pension paid to those living in the EU each year until March 2023. But as yet there is no confirmation of what will happen after that.

For those with established pension funds built over their working life, though, of equal concern may be the speculation that the lifetime allowance - which has been cut several times - may be further reduced.

This latter option is a way of bringing many more people and their pension funds (whether final salary or money purchase) into the higher taxation regime.

The lifetime allowance is the maximum amount of tax-relieved pension savings that someone can build up over their lifetime.

Although the lifetime allowance is currently £1,073,100, it normally rises in line with the Consumer Price Index - but in March this year the UK government announced it would be frozen for the next five years.

Press speculation suggests that one option being considered is potentially cutting the lifetime allowance to £800,000 or £900,000. So the current value of a pension should be checked.

Property in the UK

Property has already been targeted in terms of second homes in the UK and the council tax that is applied. And if your client does have a second home in the UK rental income is taxable; selling it can attract capital gains tax as it is not their principal home.

Other factors to consider

The Chancellor has announced that he will give a Budget statement on 27 October. Further tax measures may be announced then.

With all of this speculation about pressure on UK government finances and the need to raise revenue, what does it mean for expats?

Well on one level, not a lot. As full-time expats they pay tax in their country of residence. But in terms of UK assets such as property and pension funds, it could have a bearing on the future value of their assets.

With the UK's Overseas Transfer Charge not having been extended yet - enabling suitable pension transfers to be made within the EU without the penal 25% tax being applied as it would for someone in other parts of the world - maybe now is a good time to review an expat's position.

Nobody can know what the Chancellor will do until he announces it but waiting for an official announcement may mean expats miss the opportunity to take action under the current rules.