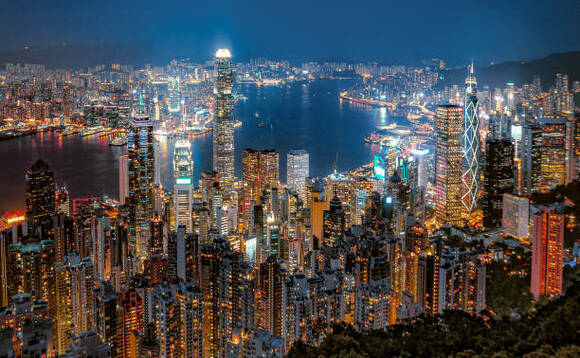 Long-awaited cross-border investment schemes linking Guangdong province with Hong Kong and Macau will be launched in the next few days, according to a report in the South China Morning Post.

"The country will introduce the Wealth Management Connect and the southbound Bond Connect schemes to further develop the connection and cross-border trading between the markets in the mainland and Hong Kong," Pan Gongsheng, deputy governor of People's Bank of China, said on Thursday (9 September) in Beijing.

"The two schemes will officially start operating within the next few days," he said, without giving an actual date.

The country will introduce the Wealth Management Connect and the southbound Bond Connect schemes to further develop the connection and cross-border trading between the markets in the mainland and Hong Kong."

The South China Morning Post said this marked the first time a senior official has mentioned a timing for the launch of the two long-awaited schemes to further integrate the mainland Chinese and Hong Kong markets and promote cross-border trading.

These will follow the launch of the two stock connect schemes that linked the stock markets of Hong Kong with Shanghai and Shenzhen in 2014 and 2016, respectively.

Reuters also reported that "China will launch on Friday (10 September) a long-awaited Wealth Management Connect scheme linking its southern province of Guangdong with neighbouring Hong Kong and Macau, as Beijing moves to integrate the mainland with the two territories more closely".

The news agency said the cross-boundary scheme will initially lead to combined fund flows of 300 billion yuan ($46.53 billion) in the Greater Bay Area, potentially benefiting asset managers and banks such as HSBC and Standard Chartered.

In separate news, new data gathered by Quilter International has revealed that close to half a million British National (Overseas) (BN(O)) passports were issued to Hong Kong residents in 2019 and 2020.

A Freedom of Information request issued to HM Passport Office found that a total of 463,116 (BN(O)) passports were approved for issue compared to 68,914 in total during the three preceding years.

The number of passports peaked in autumn and winter 2020 with an average of 50,000 BN(O) passports issued each month.

BN(O) status is a type of British nationality created in 1985 that people in Hong Kong could register for before the 1997 handover to China to retain a link with the UK, but the status does not include right to live or work in the UK.

On 31 January 2021, the UK government however opened a new route for BN(O) passport holders and family members to apply for a BN(O) visa which allows the holder to live, work and study in the UK and ultimately provides a route to gaining full British citizenship.

This has seen 64,900 BN(O) visas applied for during the first two quarters of this year according to the National Statistics from UK Home Office.

These statistics are consistent with the results of a recent survey Quilter International conducted which found that 75% of Hong Kong financial advisers interviewed said they received more queries from clients related to offshore investing and relocating in the last 12 months.

The surge in the number of people renewing or applying for BN(O) passports and more recently applying for BN(O) visas has resulted in an increase in people seeking financial planning advice specifically related to an imminent move to the UK.

However, the UK uses a different tax year and the statutory residence test which can both cause issues because many are unaware that financial planning should start at least one year before arriving in the UK.

Mark Christal, Hong Kong CEO, Quilter International, said: "Over the past two years, nearly half a million Hongkongers have decided to renew or apply for a BN(O) passport or more recently apply for a BN(O) visa with the hope of moving to the UK.

"For anyone thinking of leaving Hong Kong, it is important to plan ahead especially as the UK is a vastly complex and much higher tax jurisdiction. Careful financial planning is a must to help mitigate significant tax liabilities that also includes wealth held across the world. For example, the UK's highest income tax band rate is 45%, capital gains on residential property are taxed at 28% and for other chargeable assets is 20%.

The UK also uses a different tax year and statutory residence test which can both cause issues unless financial planning should start at least one year before arriving in the UK."

He added:"There are planning opportunities to potentially mitigate tax exposure such as holding wealth within a recognised insurance policy, but a comprehensive wealth planning process including implementation of agreed plans take time and therefore it is worth starting discussions with a financial adviser sooner rather than later."