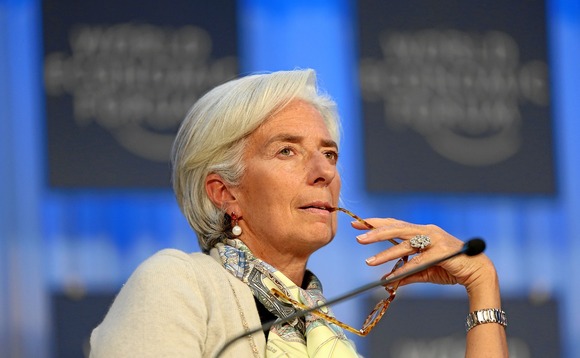 The European Central Bank is set to slow the monthly bond purchases under its crisis programme as the economic outlook improves.

"Based on a joint assessment of financing conditions and the inflation outlook, the Governing Council judges that favourable financing conditions can be maintained with a moderately lower pace of net asset purchases under the pandemic emergency purchase programme (PEPP) than in the previous two quarters," the ECB said this Thursday (9 September).

While it will buy fewer bonds for the rest of the year the ECB stated it could increase its stimulus again if the eurozone outlook worsens.

In our view, the decision to reduce asset purchases is not tapering, but a reversal of March's emergency uplift in purchases."

UBP macro strategist Mohammed Kazmi said the decision is in line with expectations. "There would have been some fears over a more hawkish announcement coming into today, taking purchases back to Q1 levels, especially after Lane's speech. However the statement suggests more flexibility than that by not defining an amount at this stage, which will allow the ECB to adapt to evolving financing conditions.

"The ECB did not reveal details on the pace its €1.85trn PEPP will adopt. Since March it has run at an €80bn-a-month level.

"As a result, we have seen some relief in markets with BTP spreads tighter as the discussion around ending balance sheet support still seems far off. Credit should also perform well in this environment given the knowledge that PEPP and APP purchases are available to support spreads, at a time when corporate fundamentals have also been improving based on the latest round of earnings."

Elga Bartsch, head of macro research at the BlackRock Investment Institute, said the ECB's move is not a tapering decision. "It is an operational decision given easier financing conditions right now. ECB asset purchases look here to stay as the new policy framework paves the way for looser for longer monetary policy in the euro area.

"The ECB's priority should be to focus on bumping up medium-term inflation, since staff projections peg it well below the new 2% target. When PEPP ends, a faster pace of APP could help push inflation higher - although fiscal support might ultimately also be needed."

ECB president Christine Lagarde said the move was different to the tapering being done by other central banks because the ECB was not planning to end its bond-buying yet and was only adjusting its pace.

"The lady isn't tapering," Lagarde told a press conference, describing the slowdown in asset purchases as a "recalibration".

He said: "In our view, the decision to reduce asset purchases is not tapering, but a reversal of March's emergency uplift in purchases - which itself followed a market episode of rising bond yields. It means that in Q4, ECB asset purchases will look closer to the levels they were in Q1 this year.

"The PEPP - which accounts for up to 80% of current ECB purchases - expires next March. We think the bigger decision on asset purchases comes at the December ECB meeting."

Hinesh Patel, portfolio manager at Quilter Investors, said it is a good decision for markets: "This is ultimately positive for investors as it means markets can now see how things react in more normal policy conditions, and excessive risk taking should begin to scale back.

"Notwithstanding a surge in Delta cases, 2022 is lining up to be a decent year for Europe and as such, owning quality over the long-term to take advantage of fundamentals rather than liquidity is looking increasingly prudent."

Silvia Dall'Angelo, senior economist, at the international business of Federated Hermes, noted there are still some questions left unanswered by the central bank.

"While all the attention today was on the recalibration of the PEPP, the ECB dodged some longer-term pressing issues regarding the future of its asset purchasing programmes and the implementation of its recently announced new strategy - two matters that are closely intertwined. At one of its next meetings - most likely in December - the ECB will have to provide clarity on the future of the PEPP once it ends at the end of March 2022.

"It could decide to extend the PEPP by few months or to replace it with a new programme - likely featuring a smaller envelope - meant to continue to support the recovery. More fundamentally, the ECB will have to show resolve in pursuing its new inflation target - recently raised to 2%, from "below but close to 2%" - after having failed to meet its less ambitious goal for more than a decade.

"In general, the implementation of its new strategy - including the incorporation of climate considerations in monetary policy assessments - will be a defining moment for the ECB, on which its credibility will be tested."

Neil Birrell, Premier Miton chief investment officer and manager of Premier Miton Diversified Growth, commented: "The ECB is preparing to adjust policy for higher inflation, although they are hardly talking about it getting out of control. The asset purchasing programme will be the first tool used, but it is unlikely to be a drastic reduction. They will continue to walk the tightrope of providing support and not hurting growth prospects."

The ECB left all other policy measures, including record low interest rates of zero percent, unchanged.