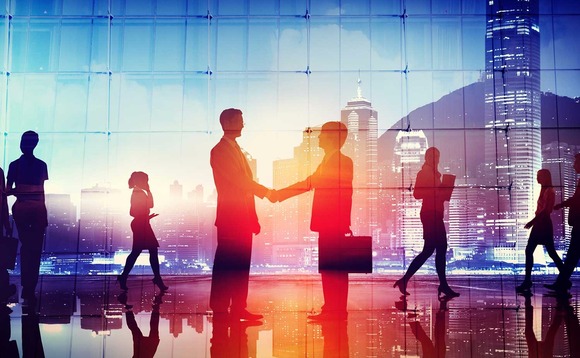 HMRC today (7 September) offered a settlement to members of the Eclipse film finance scheme in a move aimed at bringing closure to the long running and high contentious dispute.

If accepted by each taxpayer, approximately £1.6bn of claimed "dry tax" will be dropped, which HMRC said was due from around 700 Eclipse members as a result of their participation in the Eclipse scheme.

HMRC said it would contact members "with a settlement opportunity to resolve any Eclipse related tax issues".

This is how large, complicated tax disputes should be resolved. HMRC's lead team were willing to proceed on a basis of mutual honesty and trust."

"We're offering a settlement opportunity, which will be open for acceptance for 6 months from the date we notify you.

The settlement opportunity is only for individuals who are current or former members of any Eclipse LLPs and for tax issues arising from Eclipse.

It does not apply to any individual under criminal investigation by HMRC", the UK tax office said.

European law firm Fieldfisher, which was appointed by Eclipse members, said in a statement that the "landmark" offer was the result of eight years of dedicated work by the specialist tax team at the law firm which, following detailed analysis of the Eclipse scheme, concluded that both losses and profits said to arise to the Eclipse LLPs and Eclipse members were illusory, so that no tax reliefs were available and no income tax was due.

"In response to submissions made by Fieldfisher, HMRC has offered a settlement in which HMRC accepts that no dry tax is due on illusory profits and the Eclipse taxpayers accept that no relief was available for illusory costs.

Most Eclipse members either did not receive any tax reliefs, or have already paid back tax reliefs that were received. As part of the settlement offer, any remaining tax reliefs must be repaid (together with late-payment interest, which compensates HMRC for any period in which reliefs were wrongly held by taxpayers).

"Dry tax" is tax payable without any corresponding income or profit, and is an absolute cost for the taxpayer."

Fieldfisher said that if the Eclipse members had also been required to pay the dry tax, they would have faced tax bills amounting to millions of pounds each on average, on income that they did not and could never have received, resulting in financial ruin for many.

"Today's announcement therefore represents a fair and legally correct outcome for all those involved, and is believed to be one of the largest such settlements in UK tax history."

The Fieldfisher team advising the Eclipse membership was led by tax partners Derek Hill and George Gillham, supported by consultant Shauna Johal-Jaggi and a wider team of tax lawyers.

James Collins, a partner at Dante Partners, was a vital part of the team and instrumental in seeing through the complex legal documents to shed light on the facts of the Eclipse structure, Fieldfisher added.

Derek Hill, Head of Tax and Structuring at Fieldfisher said: "This is how large, complicated tax disputes should be resolved. HMRC's lead team were willing to proceed on a basis of mutual honesty and trust, which enabled us to show HMRC our whole analysis outside the court process.

"Once the hopelessly flawed Eclipse structure had been clearly demonstrated, HMRC personnel at the highest level reviewed HMRC's position on Eclipse and were willing to change it, without requiring the Eclipse membership to go through expensive, time-consuming and stressful litigation.

"The settlement offer is a huge relief for all Eclipse members. Over the years we have worked with the Eclipse community, I have personally seen the damage that the persistent threat of financial ruin caused to the health and wellbeing of the individuals caught up in this mess. Sadly, not every Eclipse member has survived the experience."

He added: "HMRC's settlement offer marks the culmination of eight years of tireless work, including launching protective judicial reviews and restitution claims and protective appeals in the tax tribunal. It is no longer necessary to pursue those court proceedings and they will be withdrawn as part of the settlement process.

"Fieldfisher's technical analysis is ground-breaking, and essentially disproves an entire tax avoidance industry. We demonstrated that the Eclipse structure lacked any legal or economic substance.

"HMRC has been clear that this settlement only applies to Eclipse. However, Fieldfisher's view is that our analysis could be applied to many if not all tax structured film finance schemes that remain the subject of disputes with HMRC, affecting potentially thousands of other individuals.

"We couldn't have achieved this outcome without the vital input and support of James Collins at Dante Partners.

Paul Mullins, an Eclipse member and chair of the main steering committee, said: "This is an outcome made all the more welcome by years of anxiety. We are all really grateful to Derek and his team. Fieldfisher pursued its analysis doggedly, imaginatively and professionally.

"HMRC understood the significance of Fieldfisher's analysis and determinedly pursued its logic to the conclusion announced today, without the expense and distraction of a court case. This cannot have been straightforward and has given us renewed confidence in public administration."

George Gillham, Co-Head of Tax Disputes at Fieldfisher, added: "It is deeply satisfying to have brought this matter to a fair and just conclusion.

As we have shown, the villain of the piece was the Eclipse film finance model itself. The structure did not work, and could never have worked, as implemented.

James Collins, a partner at Dante Partners, said: "Over the years I have got to know the Eclipse membership very well, and spent hours reassuring them that they should try to live their lives on the basis that the dry tax was not real or collectible.

"While getting to this point has not been easy, it is reassuring to see HMRC acting with integrity and sympathy in response to Fieldfisher's submissions."

Background to the Eclipse settlement

Eclipse was one of several tax structures promoted by Future Capital Partners, which went into liquidation in 2018.

Eclipse was open to investors between 2006 and 2008. It was marketed by its promoter as a tax-efficient investment in films.

Individual investors were invited to invest in the Eclipse scheme, using a combination of their own money and large sums provided by banks. The own funds were in practice paid to the promoter (and via the promoter to independent financial advisers (IFAs) and the designers of the structure), film producer and banks.

All the bank-financed funds were held at all times within the relevant banking group and used to make inter-bank payments. Nevertheless, the promoter's marketing materials claimed the Eclipse structure generated tax reliefs and income for Eclipse members.

Fieldfisher was first contacted by an Eclipse member in summer 2013 and the firm began acting for the Eclipse LLPs in 2016, ultimately taking on the role of demonstrating to HMRC that there were no grounds for its claims to £1.6 billion of dry tax.

After a thorough investigation of the Eclipse scheme, Fieldfisher filed its submission to HMRC in February 2020.

The highly detailed Fieldfisher submission (some 124 pages) set out in full the analysis on which Fieldfisher intended to rely if the Eclipse case were litigated.

Eclipse members had to pay to access the Eclipse scheme and the cost of that entry is an absolute loss. The very significant costs incurred dealing with the Eclipse structure are also absolute losses. The structure itself was otherwise a zero sum game for its members, with no change at all to the wealth or benefits attributable to any of its members.

HMRC never condoned the Eclipse structure. The structure had previously been litigated (under the effective lead of the promoter) over a number of years through the tax tribunals and courts, and ultimately before the Court of Appeal in 2015 (see: Eclipse Film Partners No 35 LLP v HM Revenue and Customs [2015] EWCA Civ 95 (17 February 2015) - the "Eclipse 35" case).

In that case, the Court of Appeal found Eclipse had not been trading in the tax year ending April 2007. HMRC relied on the Eclipse 35 case to deny all tax reliefs.

Unfortunately, the Eclipse 35 litigation left many important questions unanswered, in particular whether the Eclipse structure could generate taxable income. The settlement offer effectively restores HMRC and the Eclipse members to the correct tax answer based on the real facts and their legal effects.