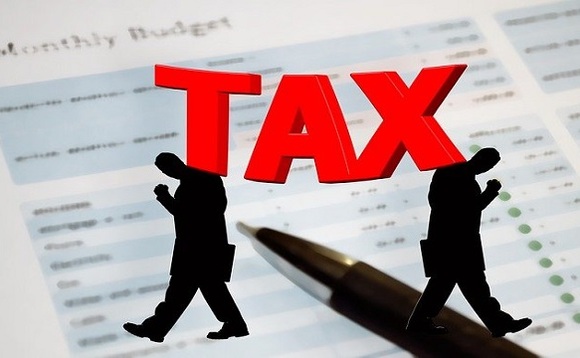 HMRC may have to repay tens of millions in Follower Notice penalties issued to taxpayers, after a key decision in the Supreme Court last month cast doubt on their legitimacy.

In response to a freedom of information request by law firm Fieldfisher, HMRC confirmed 1,330 Follower Notice Penalties totalling around £45m have been issued by HMRC since the Follower Notice regime was introduced in 2014.

The Supreme Court decision (R (Haworth) v Revenue and Customs Comrs [2021] UKSC 25), handed down on 2 July 2021, called into question the authority of all Follower Notices issued by HMRC to tackle perceived tax avoidance.

A claim can be brought against HMRC for the return of the penalties paid."

According to HMRC, "a follower notice can be given to a person (P) who has used an avoidance scheme that has been shown in another person's litigation to be ineffective. The follower notice tells P that they may be liable to a penalty of up to 50% of the tax and/or NICs in dispute if they do not amend their return or settle their dispute."

Fieldfisher said HMRC has applied Follower Notices liberally, issuing them to taxpayers who are in dispute with HMRC, where links between a decided test case (i.e. "another person's litigation" referred to by HMRC) and the taxpayer's particular facts and circumstances are tenuous.

There is no appeal against a Follower Notice, the law firm said, adding that the recipient of a Follower Notice can either abandon their claim against HMRC and pay the tax, or take their case to court. If they take the case to court, they have to pay a penalty of up to 50% of the disputed tax upfront, which they get back if they win.

George Gillham, tax disputes partner at Fieldfisher said: "Following the Supreme Court decision in Haworth, those who have been subject to Follower Notices should take action without delay.

"They should then take legal advice as to whether, in light of the Haworth case, these documents stand up to scrutiny. If they do not, a claim can be brought against HMRC for the return of the penalties paid."

Matthew Sharp, tax director at Fieldfisher added: "Our FOI request to HMRC also revealed that some 13,550 'corrective actions' have been taken since the Follower Notice regime was introduced since 2014, meaning that this many cases have been dropped by taxpayers who have been discouraged by being served with what may be an unenforceable notice.

"Ultimately, HMRC could owe a lot more money to these taxpayers."

In this case the taxpayer, Mr Haworth, had entered arrangements - known as a "round-the-world-scheme" - that he claimed meant he was not subject to capital gains tax (CGT) of approximately £9 million in relation to the disposal of shares by a trust, of which he was the settlor.

The arrangements involved the resignation of Jersey trustees in favour of trustees resident in Mauritius.

The trust then disposed of shares, realising a substantial gain, and the Mauritian trustees were replaced by UK resident trustees, within the same tax year.

The avoidance of the CGT charge depended on the residence of the trust being Mauritius at the time the disposal was made, for the purposes of the UK/Mauritius double tax treaty.

This would make the gain subject to tax only in Mauritius, where there was no tax liability in these circumstances.

HMRC issued a Follower Notice to Mr Haworth on the basis that a 2010 Court of Appeal decision (Smallwood v Revenue and Customs Commissioners, where

In the Smallwood case, the Court of Appeal decided the trustees were resident in both Mauritius and the UK and under the double tax treaty ‘tie breaker' provision, and the ‘place of effective management' (POEM) of the trust was the UK and not Mauritius, so the scheme did not work and the gain was subject to CGT.

The Court of Appeal also set out seven "pointers" relevant to that decision.

HMRC issued a follower notice to Mr Haworth and an accelerated payment notice (requiring a participant in a scheme to pay the disputed tax up front, before the issue has been determined by a tribunal or court), based on the Smallwood decision.

Ultimately, the Supreme Court quashed Mr Haworth's Follower Notice. Among other factors, the Court decided the Follower Notice issued to Mr Haworth was deficient in that it did not explain why the reasoning in Smallwood applied to his case.