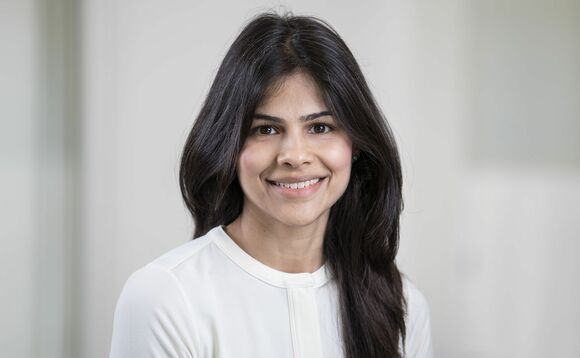 XSOE aims to track the performance of the WisdomTree Emerging Markets ex-State-Owned Enterprises ESG Screened index, which has been live since 2014.

WisdomTree said it has listed the ETF on the London Stock Exchange, Börse Xetra and Borsa Italiana following a "successful" $4.8bn strategy in the US, which was originally launched on the NYSE Arca in 2014.

It defines state-owned enterprises (SOEs) as having government ownership of more than 20% of outstanding shares.

Aneeka Gupta, pictured above, director, research at WisdomTree, said: "Over time, government influence on SOEs can lead to quite large but fairly inefficient businesses. This influence can stagnate the long-term growth potential of these companies in their respective emerging markets (EM) economies.

"A large portion of existing emerging market indices are made up of SOEs, increasing the risk investors are taking with their EM exposure. SOEs tend to be found in the old economy sectors and are generally less dynamic and innovative than companies in thriving new economy sectors."

Alexis Marinof, head of Europe at WisdomTree, added: "As with all of our UCITS equity ETFs tracking WisdomTree proprietary indices we've added an ESG screen to XSOE.

"We believe this will increase the appeal of XSOE, an already successful strategy in the US, among European investors who are increasingly focused on ESG."

XSOE has an overweight to ‘new economy' sectors like information technology, consumer discretionary and communication services.