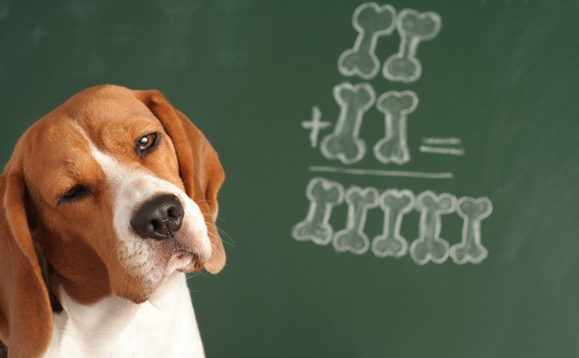 The North American sector remains the hardest in which to beat the benchmark, with 22% of funds failing to do so, according to the latest data released via BestInvest's 'Spot the Dog' league table of under-performing funds

Despite an overall global bounce back following the coronavirus, BestInvest found that 19 funds in the North American region have failed to beat their benchmarks. Included are a range of strategies including value and growth oriented, joined by dynamic and core strategies, from a multitude of houses.

Europe ex-UK holds the second spot, with 14% of funds targeting the traditional "stock pickers' market" failing to beat the benchmark.

"In most cases soaring markets have masked the fact that the decisions made by the managers of dog funds have actually detracted from the returns their investors might have received. Such funds represent poor value for money given the fees investors have paid," Jason Hollands, managing director at Bestinvest.

The report noted that many of these funds are ‘select' or ‘alpha' products, meaning "many are just investing in the wrong companies at the wrong time". These are joined by income funds, which have missed out on the high growth areas over the past decade.

The UK market has benefited from the reversion to value and return to dividend payments over the past six months and, as a result, has seen the number of dogs fall.

In the UK All Companies sector, this has dropped from 29 to just nine, although many repeat offenders remain stubbornly featured, including HSBC UK Growth & Income, ASI UK Equity General Trust and Invesco's two equity products.

In UK Equity Income, Premier Miton dominates, with more than a third of the sector's dog funds, each of which "struggled significantly" following Chris White's departure, although the trio of funds have seen improvement since the arrival of Emma Mogford.

The "Woodford effect" has come to an end within the sector, with LF ASI Income Plus and HL Multi-Manager Income & Growth finally slipping off the dog list.

Of the companies, Halifax Bank of Scotland (HBOS) has taken the number one spot from relentless top dog Invesco, leaping to the top of BestInvest's Spot the Dog league table of under-performing funds with £6.9bn of poorly-performing funds.

The report has identified 77 under-performing funds representing £29.5bn of investor capital, which must deliver a worse than market return for each of the last three 12-month periods and under-perform the market by more than 5% over three years to qualify.

Five HBOS funds combined to give the manager its top spot, including the £3.9bn Halifax UK Growth and £1.9bn Halifax UK Equity Income funds, which are advised by Schroders.

At Invesco, chief investment officer Stephanie Butcher's revolution seems to have taken hold as the total number of dogs dropped from 11 funds to just three, although it retains second position with £5.1bn in under-performing assets.

Despite Mark Barnett's departure in May 2020, the UK Equity High Income and UK Equity Income funds remain poor performers, joined only by the Invesco US Equity fund, which resides in the sector with the highest proportion of dogs across the board.

St James's Place continues to head in the right direction, down to third position from second in the previous edition, although it still holds £3.9bn in four dog funds, with the £2.9bn Global Equity fund the largest contributor, trailing its benchmark 15.4% over three years.

Jason Hollands, managing director at Bestinvest, pictured above left, said: "Since the coronavirus crash in early 2020, equity markets around the globe have bounced back sharply, delivered impressive returns buoyed by ultra-low interest rates, massive stimulus programmes and optimism fuelled by the discovery and roll-out of vaccines.

"This has pretty much lifted all ships with the tide - so to speak - so even funds that have failed to keep pace with the surge in markets have often delivered seemingly good returns, though 21 of the funds in Spot the Dog did deliver actual losses over the last three years."

Despite the bounce back of equities, Hollands point that in most cases soaring markets have masked the fact that the decisions made by the managers of dog funds have actually detracted from the returns their investors might have received.

"Such funds represent poor value for money given the fees investors have paid," he added.

"But on a more positive note, the latest report does show a sharp fall in the number of dog funds since our last edition. In a large part this is down to a much better period for managers who target cheap, undervalued shares rather than high-growth companies."

HBOS is joined in the top five by fellow Lloyds Bank group owned fund house Scottish Widows, which leapt from 27th position to fourth, with £2.7bn across four dog funds spanning Asia Pacific, the US and UK markets.

Rounding out the fifth spot is abdrn, which manages £1.6bn across seven dog funds, the highest total number of any group in the top ten. It has also made progress since the last report, dropping from £2.7bn to £1.6bn, but has crept further up the rankings from its ninth position six months ago.

Hollands concluded: "The key message of this edition of Spot the Dog is not to take it for granted that your investments are doing OK, just because they may have risen in value over the last year."