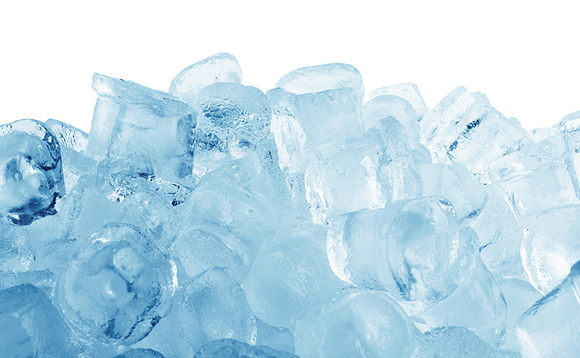 Industry experts have reacted to the UK Government's latest inheritance tax receipts data which saw a £500m jump of 33% to £2.1bn between April and July 2021 compared to the same period last year.

David Gibb, chartered financial planner at Quilter, said: "The government has increased its IHT tax take by £500m for two main reasons. The first is the fact that the comparison period is April to July 2020, a time where HMRC were suffering from severe disruption as a result of the pandemic which would have naturally impacted their processes and reduced the amount of money they were able to accept from estates.

"The second reason, and the one that will be most pleasing to the Chancellor, is that is appears the fiscal freeze is working. The Chancellor's subtle freeze on the nil rate band and the residence nil rate band at the last Budget is having the effect desired. It is dragging more and more people into paying IHT, particularly now asset prices have swelled in the past 12 months or so.

"But the numbers really have to be put in context. IHT generates around £5bn for the government each tax year, so tweaks around the edges aren't really going to make a dent on the fiscal black hole. An extra £500m for the government's coffers is really just a drop in the ocean. If the Chancellor wants to raise some serious cash post-pandemic, IHT is not the place to look."

Andrew Aldridge, Partner at Deepbridge Capital, said: "Today's data from HMRC showing an increasing uptake in receipts for inheritance tax highlights how easy it is for individuals and couples to generate a potentially large inheritance tax bill when they die, despite not being what they may perceive as ‘wealthy'.

Despite the Openwork Partnership, one of the UK's largest networks of financial advisers, reporting a 38% spike in demand for advice on IHT planning in the past year, with more than one in ten clients wanting to discuss it, these latest figures clearly show that many are still not seeking proper financial planning which can make it possible to pass on more of their wealth to their family."

He added: "According to research undertaken in conjunction with the Deepbridge Estate Planning Service, the most commonly used IHT planning tool is gifting, considered for most or every client by 94% of financial advisers, followed by Business Relief, considered by 78% of advisers, ahead of trusts (73%) and life policies (67%).

The research also showed 76% of IFAs believe that their use of Business Relief propositions will increase over the next two years, with less than 2% saying they saw their use of the tax break decreasing."

Sue Wakefield, director at ZEDRA, said: "HMRC have today confirmed tax receipts for the period April 21 to July 21 showing a significant increase of 33% in the payment of inheritance tax compared to the same period last year. £2.1 billion inheritance tax has been paid, an increase of £0.5 billion.

Much of this increase is believed to be due to higher volumes of wealth transfers during the pandemic with many victims of Covid 19 probably not having the opportunity to successfully engage in effective inheritance tax planning during their lifetime.

She added: "Another factor impacting on the rising inheritance tax receipts is the increase in UK house prices, up by 10.2% on average in the year to March 2021. Many more deceased estates are therefore now subject to inheritance tax, particularly as the Nil Rate Band for inheritance tax ( currently £325,000 ) has not increased since April 2009 and has been frozen until at least April 2026.

There are many ways to plan for transferring wealth to the next generation in as tax efficient way as possible and it is important to take advice at an early opportunity to maximise opportunities. Simple steps such as writing or reviewing a Will to ensure it makes best effect of current and future tax situations through to setting up tax planning structures to protect and preserve family wealth."

Nick Ritchie, director of wealth planning at RBC Wealth Management, said: "The £0.5bn year-on-year increase in IHT receipts comes as no surprise. Rising house prices and investment markets have increased the volume and value of estates caught in the IHT net, and with the Chancellor freezing the nil rate band until 2026, this trend looks set to continue.

"At the same time however, many individuals have brought forward their plans to gift to the next generation amid mortality fears fuelled by the pandemic, and concerns over how the Chancellor might target larger estates in the future.

"One thing is for certain, at just 0.6% of the 19/20 tax take and with an IHT rate of 40%, already among the highest of the OECD countries, targeting IHT won't be the silver bullet to recouping the swelling deficit. Increasing the rate of IHT seems unlikely, but enhancing receipts by removing or reducing reliefs, targeting lifetime gifts or removing the generous capital gain exemption on death, could have a part to play.

"Individuals might wish to consider implementing their wealth transfer strategy sooner amid current, tried and tested rules, rather than risk being caught out by stricter rules in the future."