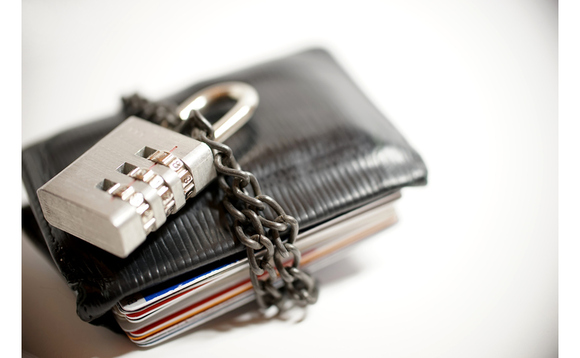 Pensions experts have weighed into the ongoing debate about how to deal with the triple lock on UK state pensions in light of todays (17 August) news that earnings growth (including bonuses) hit 8.8% in April to June according to the latest Labour Market Statistics from the UK's Office for National Statistics.

Ian Browne, pensions expert at Quilter said: "Assuming earnings growth remains at 8.8%, the triple lock will increase the cost of the state pension by £8bn, a staggering £5.7bn more than if it increased by 2.5%."

Weekly pensioner income would increase to the following:

An 8% rise in the state pension would raise questions of intergenerational fairness, as well as fiscal sustainability."

Browne added: "Instead the Chancellor could temporarily tweak the triple lock this year by moving to a three-year average figure for wage growth in order to smooth the temporary spike caused by the end of the furlough scheme. Using this amended earnings growth figure would increase the state pension by 3.9% next year, and would save the government £4.5bn while maintaining a degree of intergenerational fairness.

"A change from the current trajectory is the only way to truly ensure fairness between taxpayers and pensioners. But it is important to remember that what's up for debate is not whether state pension incomes should go up or down, but by how much they should go up. With inflation on the rise and in the current economic climate, not too many would suggest pensioner income should fall."

While Laith Khalaf, head of investment analysis at AJ Bell, "The jobs market continued to heal as the economy emerged from lockdown, though unemployment is still significantly higher than when we entered the pandemic. The extremely large number of vacancies waiting on the shelves tells us there is an elevated level of frictional unemployment though, as the jobs market transitions back towards normality.

"Average earnings have also rocketed over the last year, and are now clocking in at 8.8%. When earnings are rising at almost 9% a year, we can safely say either the economy is overheating, or there's a glitch in the ONS matrix.

In today's case, it's the latter. The sheer magnitude of the spike in earnings suggests it's a transitory statistical quirk, rather than a sustainable feature of the UK economy that will be with us for the long term."

Khalaf continued: "The main reason earnings have risen so sharply in the last year is that now millions fewer employees are on furlough and have gone back to receiving their full wage packets rather than 80%. That's a one-off boost to earnings figures that isn't going to repeat itself year on year. There's also a secondary effect bumping up earnings figures stemming from the fact that many of the jobs lost in the pandemic were those of young people in lower paid roles. As we begin to see the full picture of hospitality opening up again, the return of these jobs into the calculation of average earnings should have a cooling effect."

He added: "Statistical quirk or not, the high rate of headline earnings growth does hem the government into a tight little corner on the State Pension triple lock. The conservative manifesto commits to maintaining the triple lock, but an 8% rise in the state pension would raise questions of intergenerational fairness, as well as fiscal sustainability.

That's particularly the case given the statistical distortions caused in the headline earnings figures by the pandemic. The government normally uses the earnings growth figure published in September to determine the triple lock, and on current trends, the numbers don't look like they're heading in a direction that will dig them out of a hole, so some creative thinking may be required."

On another front, new analysis from retirement specialist Just Group revealed today that if the State Pension were to increase by 8% it would still leave a £730-a-year income gap compared to the Joseph Rowntree Foundation's Minimum Income Standard.

A pensioner entitled to the full new State Pension currently receives £9,340 a year which would rise to £10,087 from next April if average earnings growth reaches 8% this year, as the Bank of England has suggested is possible, and the government applies the current ‘triple lock' rules.

However, Just Group's analysis shows that even applying a theoretical 8% rise, State Pension income would still be £730 a year short of the £10,816 Minimum Income Standard, the annual income needed to provide an acceptable minimum standard of living.

Stephen Lowe, group communications director at Just Group, said: "While to many an 8% increase in the State Pension will seem extraordinarily generous, our analysis shows even this level of uplift would still not give single pensioners an income the public thinks provides an acceptable minimum standard of living.

"We know the State Pension was never designed to do more than provide a very basic level of retirement income which is why building up some private pension is so important. The challenge for many people is how to bridge the gap between what the State offers and what the public considers an "acceptable" standard of living in retirement."

Earlier this week new research from Canada Life found that almost half of UK adults (46%) believe the state pension triple lock should stay as it is, despite the earnings figure linked to any increase predicted to be around 8% this year.

The triple lock currently guarantees that the state pension will rise by whichever of the following is highest; inflation, earnings or 2.5%. The impact of many people rejoining the workforce after furlough is largely believed to be the cause of the higher earnings growth.

Over 50's are much more likely to want to keep the triple lock promise with almost 6 in 10 (59%) supportive of maintaining it compared to around a third (34%) of those under 50. Women are perhaps more likely to see both sides of the argument, with more than a quarter (27%) saying they don't know, compared to less than one in ten (9%) men.

Only 16% of respondents supported a move to a less generous ‘double lock', which would lead to an increase in line with inflation or 2.5%. Even fewer people (14%) supported the idea of finding a compromise to use a lower earnings figure with the furlough impact stripped out.

Almost a quarter (23%) of respondents said they were unsure or uninterested in the decision.

Andrew Tully, technical director at Canada Life said: "Maintaining the triple lock has long been a manifesto promise. However, no-one could have predicted the 18 months we've just experienced with the effect of millions of people being placed on furlough, artificially boosting the earnings data as they return to work.

"The Government has a difficult path to navigate, to ensure the state pension remains affordable in what is a difficult time for the nation's finances, while also bearing in mind it's manifesto commitments. It's important to remember that each 1% rise in state pension costs the taxpayer around £850m a year.

"One option could be to strip out the artificial earnings growth from the data, making it more representative of the real underlying growth in earnings. The state pension would increase by a material amount, hopefully seen as fair in these exceptional circumstances, and making sure manifesto pledges are met."