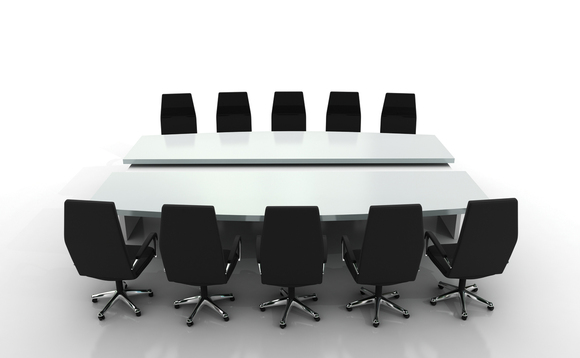 STM Group said today (12 August) it has restructured its board while also reporting trading in line with its expectations in the six months to 30 June 2021.

The international financial services provider said it had recruited a new chief financial officer, Nicole Coll, who was previously chief of finance and operations at Bank and Clients PLC, a UK private bank, after spending most of her career in the financial and banking sector with exposure to UK, Eurocentric and American organisations.

She is expected to join in October "allowing plenty of time for an orderly handover" from the current CFO Therese Neish.

The Plc board has agreed to reduce the number of executive directors at Plc level from three to two, with the current role of chief operating officer being made redundant during the second half of 2021."

STM said: "Over the last couple of years, we have invested in, and significantly improved the structure, control and governance of the Group, and this coupled with the sale of the CTS businesses has allowed us to review and challenge our existing operating model.

As part of this review, the Plc board has agreed to reduce the number of executive directors at Plc level from three to two, with the current role of chief operating officer being made redundant during the second half of 2021.

Pete Marr, the existing COO, has agreed to step down in the fourth quarter of 2021 upon the completion of an orderly handover to the two remaining executives."

STM further said in its pre-close update: "Our various trading jurisdictions have performed broadly as expected, with higher than anticipated revenue in relation to our UK workplace pensions business offset by shortfalls on UK SIPP business and on the flexible annuity product. Whilst the gaining of new business revenue remains tougher than anticipated in certain areas, costs have been managed accordingly.

Importantly, three of the four major IT projects relating to the migration to our two core administration systems have now been completed.

However, there remains some ongoing development before all anticipated efficiencies will be realised. The final migration project for the Malta business is due to conclude by the end of October. This will mean that all our private pension businesses, be it SIPPs or QROPS, will be on our in-house administration platform, allowing benefits to be realised across all businesses and members for any future upgrades."

STM continued: "In addition, the first half year has seen the completion of the successful integration of the Berkeley Burke businesses that were acquired in August 2020, as well as completing the strategy to exit the Corporate and Trustee Services sector ("CTS"), with the sale of both its Jersey and Gibraltar CTS businesses, building the Group's cash resources for future M&A opportunities."