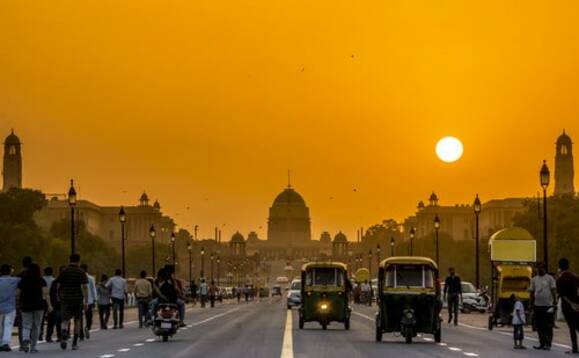 India has introduced a bill in its lower house to scrap a controversial 2012 law that retrospectively levied capital gains tax on companies for the indirect transfer of their Indian assets, the BBC's Mumbai correspondent has reported.

The law, which will now apply only prospectively, has been a major sore point with foreign investors for the better part of the last decade, damaging India's reputation as a stable tax jurisdiction and leading to protracted litigation.

"It is perhaps the boldest move taken in the history of Indian tax laws," said Bijal Ajinkya, Partner at the law firm Khaitan & Co.

The far-reaching, but long delayed decision now paves the way for the government to settle billions of dollars in international disputes, the BBC said.

At least 17 companies, including British oil and gas major Cairn Energy, and the telecom giant Vodafone, will benefit from the ruling.

"Prime Minister Modi inherited this bad legislation, and today we are delighted to see he has finally decided to nullify it," said Mukesh Aghi, CEO and President of The US-India Strategic Partnership Forum.

He called the law a "black mark" on India's reputation as a predictable investment destination.

Tax demands on companies will be nullified under the condition that they withdraw litigation against the government and undertake not to claim interest or damages.

The bill also proposes to refund any principal tax amount they might have paid.

The changes come in even as the Modi government is engaged in a legal tussle with Cairn Energy and Vodafone in international arbitration tribunals.

In the case of Vodafone, the tribunal in The Hague ruled against the government's $2bn (£1.44bn) tax claim.

Cairn on the other hand was awarded damages worth $1.2bn plus costs and interest.

The company has been identifying Indian state assets it can seize including planes of Air India and real estate in Paris, to try and get India to honour the tribunal's ruling after the government filed appeals in both cases.

Tax Justice Network hits back at 'misrepresentation' of its work