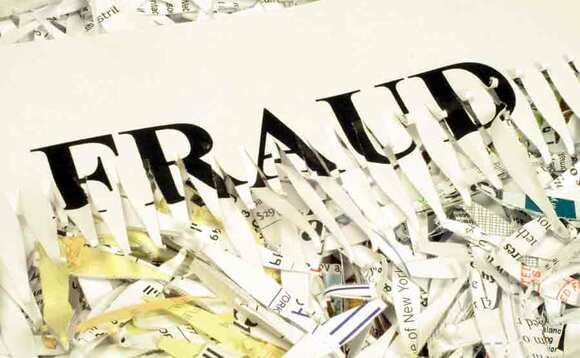 Convictions in England and Wales secured under the Fraud Act 2006 have slumped to their lowest level since 2007 with just one in 700 incidents of fraud convicted in 2019.

New data received by wealth manager, Quilter, through Freedom of Information requests reveals that fraud convictions have fallen by 10% on average year-on-year since 2011 to reach levels not seen since the Act was first introduced.

This is despite the fact that financial investment fraud recorded by Action Fraud has increased by 48% on average year-on-year since 2016.

In 2019,  3,710,000 incidents of fraud occurred in England and Wales, but only one in five of these cases (743,380) were reported to the National Fraud Intelligence Bureau (NFIB). Of these, just 5,234 convictions were secured under the Fraud Act 2006, amounting to one in 142 cases reported to the authorities.
This compares to around one in every 32 police recorded thefts ending in a conviction in the same year.

The same FOI also revealed that despite fraud carrying a maximum sentence of 10 years imprisonment and a fine, in 2020 the average custodial sentence secured under the Act was just under 20 months and the average fine was £463.

"Yet instead of seeing an uptick in the number of fraud convictions to match the rapid increase in reports to Action Fraud, we've seen the opposite. Fraud convictions have dropped off a cliff since 2011 to reach levels not seen since the Act was first introduced.

"Investigating fraud is extremely complex, costly and time consuming, hence why hard stretched police forces have had to make the difficult decision to prioritise other crimes. The result of which being that the legal deterrent for committing fraud is practically non-existent.

"The surging fraud numbers and falling convictions should send alarm bells ringing in the government. What we need is a holistic review of the UK's fraud landscape to consider why so many fraudsters are slipping through the net, and to consider how authorities can send a strong message that they intend to get a grip on fraud once and for all.

"A good start to protect the public would be for the government to include further fraud typologies in the Online Safety Bill so that technology companies have a legal duty to tackle harm caused on their sites, and have to take up the slack in monitoring the online world for scams."

Instead of seeing an uptick in the number of fraud convictions to match the rapid increase in reports to Action Fraud, we’ve seen the opposite."