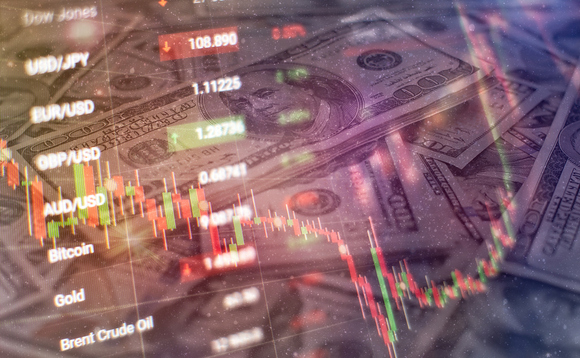 The big story of the second quarter of 2021 was the sharp reversal in the trend of long-term US Treasury rates and US inflation expectations, which both fell, says Eric Stein, Vice President and Chief Investment Officer, Fixed Income at Eaton Vance.

Long-term rates fell 25 basis points (bps) during the second quarter, in sharp contrast to their 81-bps rise during the first quarter, while inflation expectations (as measured by the US Treasury breakeven rate) cooled from their May high of 2.54% to 2.32% on June 30. So even if the retracing downward didn't match the first-quarter surge, it is useful to consider why we saw the reversal.

While inflation is being taken seriously by the Fed and the markets, there is now a growing consensus that it mostly stems from transitory, pandemic-related issues."

Generally, the economic expansion remained strong, though the delta — or the change in the rate of change — declined. In other words, the latest upticks in GDP growth have not matched the initial prints, which had reflected the change from the depths of the pandemic-induced slowdown. Inflation prints continued to trend higher, but again, expectations waned.

The growth story is certainly intact in the credit markets, where spreads remain at or near all-time historical tight levels across the quality spectrum. For example, investment-grade corporate bond yields are negative in real terms. As of June 30, the spread on the ICE BofA US High-Yield Index was 3.04 percentage points — its lowest level since 2007.

However, I don't believe that long-term rates necessarily reflect a change in the "real" economy. Rather, I think it is a case of the market getting ahead of itself in pushing Treasury rates and inflation expectations up so fast in the first quarter. Keep in mind that rates were falling through most of the second quarter, even before the June 16 meeting of the US Federal Reserve, when it adopted a surprisingly — but still modestly — more hawkish stance.

The Fed's consensus projection for the timing of new rate hikes moved up to 2023, compared with the March meeting when no FOMC members predicted hikes that early. The Fed's traditional "dot plot" for 2022 also showed a hawkish shift, with seven members predicting a hike by then, compared with four in March (though these are not median projections).

It remains an open question how the newly hawkish talk correlates with the Fed's average inflation targeting (AIT) policy, which it announced almost a year ago. Under AIT, the Fed has said it is willing to let inflation run "hotter" than its long-term goal of 2% for a period, taking into account the years in which it has remained under that target.

I think the market is still trying to gauge exactly how much the Fed will let inflation run above 2% in order to meet both its AIT framework as well as other policy objectives. The June 16 meeting seemed to potentially indicate that the current answer is "not much."

The markets got a bit overextended with the first quarter surge in long-term rates and inflation expectations, and the second quarter reversal appears to reflect a belief that US growth and inflation rates may have peaked. While inflation is being taken seriously by the Fed and the markets, there is now a growing consensus that it mostly stems from transitory, pandemic-related issues.