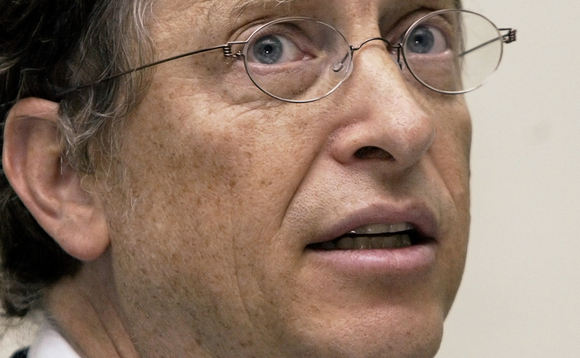 Seatle-based Bill & Melinda Gates Foundation CEO Mark Suzman took the unusual step of publicly announcing that co-chairs Bill Gates and Melinda French Gates had agreed to a two-year trial, after which Ms Gates could resign from the organisation.

A raft of further changes in the deal would "expand the number of trustees to add diversity of perspectives, strengthen governance, and ensure the foundation is positioned to enhance its impact for years to come", the 7 July statement highlighted.

The agreement also gave the green light for a $15bn injection in new resources to the foundation to continue its work to fight poverty, disease, and inequity in the US and around the world.

If after two years either decides they cannot continue to work together as co-chairs, French Gates will resign her position as co-chair and trustee."

Since 2000, the foundation said it has contributed more than $55bn to its pursuit of a world where everyone has the chance to live a healthy and productive life.

Bill Gates said: "Our vision for the foundation has grown over time, but it has always been focused on addressing inequity and expanding opportunity for the world's poorest people. These new resources and the evolution of the foundation's governance will sustain this ambitious mission and vital work for years to come."

The co-chairs have also decided to expand the number of trustees overseeing the foundation's governance and decision-making as a family charitable trust.

The additional trustees would bring new perspectives, help guide resource allocation and strategic direction, and ensure the stability and sustainability of the foundation.

As noted in their divorce announcement in May and demonstrated in their public and private engagements since then, Gates and French Gates said they were fully committed to continuing to work constructively together at the foundation to advance its program and policy objectives.

However, the foundation statement said they have also agreed to an additional step to ensure the continuity of the foundation's work: if after two years either decides they cannot continue to work together as co-chairs, French Gates will resign her position as co-chair and trustee.

"In such a case, French Gates would receive personal resources from Gates for her philanthropic work. These resources would be completely separate from the foundation's endowment, which would not be affected."

French Gates said: "I am deeply proud of all that the foundation and its partners have accomplished over the past two decades to bring us closer to a world where everyone, everywhere has the chance to live a healthy and productive life.

Every success we've seen is a testament to our partners and a broad coalition of government leaders, global experts, community organizers, activists, advocates, healthcare workers, farmers, teachers, and researchers—all united in their efforts to promote a healthier, safer, more equal world. Their faith that progress is possible fuels mine. These governance changes bring more diverse perspectives and experience to the foundation's leadership. I believe deeply in the foundation's mission and remain fully committed as co-chair to its work."

In expanding the number of trustees, Gates and French Gates expect to appoint individuals who will further enhance the diversity, experience, and expertise of the foundation's leadership and continue to uphold a culture of integrity.

They have asked Suzman and Connie Collingsworth, the foundation's chief operating officer and chief legal officer, to oversee the process.

"From the foundation's earliest days, we've sought to include a diversity of voices into our programs, strategies, and decision-making," said Suzman. "By appointing additional trustees, we're elevating that approach to the highest levels of the foundation."

Over the next few months, Suzman and Collingsworth will lead the foundation's Executive Leadership Team as it works with experts inside and outside the foundation to develop recommendations for the number of new trustees and the selection process.

They will also provide advice on the oversight role of new trustees and the cadence of their engagement with Suzman and the co-chairs. As trustees, Gates and French Gates will approve changes to the foundation's governance documents by the end of 2021, and the new trustees will be announced in January 2022.