International Investment's sister title Investment Week is proud to be an official partner for the launch of LGBT Great's 2021 Global Top 100 Executive Allies initiative and the introduction of the Ally Award for ten executives who demonstrate a sustained commitment to LGBT+ inclusion.

The initiative marks Pride and spotlights executives from across the financial services industry who have demonstrated excellent leadership on the diversity and inclusion agenda.

This comes as firms are continuing to prioritise gender and ethnicity diversity, despite the increasing number of people identifying as LGBT+, according to a recent research study completed by LGBT Great in partnership with the Diversity Project and Nicsa - the Diversity Project North America.

Much of the sector is still falling far short of the support needed for LGBT+ people at a time when this support is needed the most."

The Top 100, which was initially introduced in 2020, is a reminder of the support from those in leadership positions.

It is comprised of senior leaders who influence the diversity agenda, support the LGBT+ community and demonstrate a commitment to future action.

All executives were nominated by industry employees and are engaged in support of equality and inclusion within their firm.

LGBT Great's Global Top 100 Executive Allies will be celebrated for Pride, and through July, can be viewed here.

Matt Cameron, global managing director of LGBT Great, said: "In the last year, the financial services industry has intensified its focus on diversity and inclusion issues. However, much of the sector is still falling far short of the support needed for LGBT+ people at a time when this support is needed the most.

"The visibility of authentic executive allies is one of the most important factors for the community and we must continue engaging and role modelling support from those at the top".

A study by LGBT Great confirmed that awareness of LGBT+ diversity amongst investment companies is low, with 70% of firms not thinking about this inclusion in particular. However, 82% of LGBT+ talent say their career move will be influenced by how LGBT+ friendly the firm is.

"There is an opportunity to modernise and change," said Cameron. "Specific interventions will make a big difference to the working lives of LGBT+ people in our sector".

Board member and advisor of the Diversity Project, Jon Terry, added, "senior leaders set the tone throughout their organisation and it is critical that they stand loud and proud in supporting all of their LGBT+ colleagues".

The 10 Ally Award Executives are: 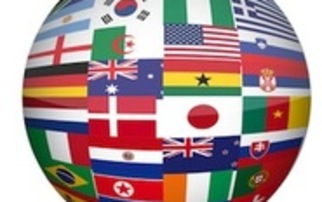