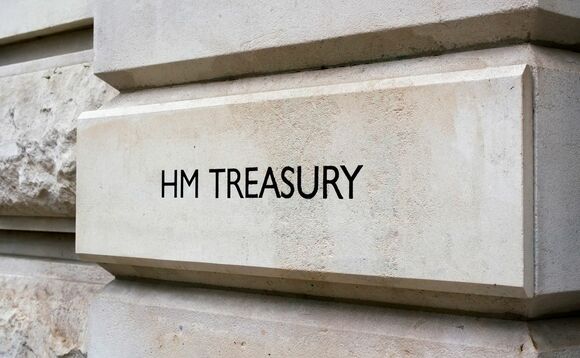 The UK's Treasury is lining up another raid on retirement savings incentives to help pay the costs of COVID, according to media reports.

Possible interventions at the Autumn Budget include lowering the lifetime allowance, introducing a flat rate of tax relief or taxing employer contributions
Any of these measures risk causing lasting damage to the retirement prospects of ordinary savers

Downing Street has repeatedly dismissed the possibility of scrapping the "triple lock" system, which could see pensions rise by up to 6% next year

All three of the pension tax reforms apparently in the Chancellor’s sights would be hugely risky,"

But according to The Daily Telegraph, the Treasury is drawing up plans to change the way pension contributions are taxed.

Tom Selby, senior analyst at AJ Bell, said: "The Treasury appears to be rolling the pitch for another raid on people's pensions, this time as part of an economic package to fund the UK's Coronavirus recovery effort.

"Given the parlous state of the UK's finances, further speculation about the future of all areas of Government spending - including retirement savings incentives - was inevitable.

"However, all three of the pension tax reforms apparently in the Chancellor's sights would be hugely risky, hitting directly at heartland Conservative voters and undermining the foundations being laid by automatic enrolment.

"Introducing a flat-rate of pension tax relief, an idea often touted by think-tanks, would present genuine practical challenges and would likely result in tax rises for public sector workers in defined benefit schemes, including many of the NHS staff who have been rightly praised as heroes during the pandemic.

He added: "The lifetime allowance has already been cut to the bare bones, while employers would likely be furious if the Government increased their pension costs just as many attempt to recover from a nightmare year.

"More fundamentally, while dealing with the pandemic is the biggest short-term crisis facing the UK, inadequate retirement saving remains one of the most significant long-term challenges.

"Any further reforms - and in particular cuts in pension tax relief - need to be mindful of the impact on savings incentive over decades."

Andrew Tully, technical director at Canada Life also reacted to the Treasury proposal to cut pension allowances: "This proposal from the Treasury simply sends the wrong signal to savers trying to do the right thing at a time when we should be encouraging people to save for retirement, rather than threatening to penalise them with an arbitrary tax charge.

"We already have annual limits on the amount you can save via a pension wrapper and there is a significant disparity between how defined contribution savers and those with defined benefit income are treated for lifetime allowance purposes.

"The last 10 years has seen the lifetime allowance fall from £1.8m to £1m; stay frozen at £1m; gradually increase by inflation; and now is frozen again. These continuous changes to pensions policy exacerbate the uncertainty many people feel around pension saving. Instead of constant tweaks we need stability to give people confidence to save for the long-term."

While Ian Browne, pensions expert at Quilter said: "The government's manifesto commitments have left them with little room to manoeuvre when it comes to putting the public finances back on track. The promise not to raise income tax, national insurance or VAT gives them few levers to pull, and since they've already tried freezing various rates and reliefs at the last Budget, it's no surprise that the next target is pensions.

"There's always going to be a tussle between number 10 and number 11 on spending decisions, and after the by-election defeat last week this is the ideal time for the Treasury to spring the rumour mill back into life. The by-election loss provides Sunak with an argument to say that Johnson has to be more measured in his spending desires, or else the increased spending will have to be balanced by tax changes that will predominantly impact the Tory heartlands".

He added: "Reports suggest that the Treasury are examining reducing the pension lifetime allowance by a quarter from the current £1,073,100 to around £800,000. This is a staggering £1m less than the LTA in 2010/11. Changing the LTA would be quick and easy for the Treasury, which explains why it was frozen at the last Budget until 2025/26.

"However, reducing the LTA once again runs the risk of severely impacting senior NHS staff and other public sector workers who may well just decide to retire instead of breaching the LTA. Once more, lowering the LTA will mean it is not just senior staff who are affected. A reduced LTA would mean middle managers with long service histories or senior managers with shorter service histories may well be affected.
"For example, a defined benefit pension member with a final pensionable salary of £69,566 and 40 years of service would easily accrue a pension of around £34,000 and a lump sum of £104,000, which would breach the LTA of £800,000.

"The Treasury would most likely introduce LTA protections so the actual biggest saving to the Treasury would be in middle managers and consultants in the NHS leaving the NHS pension scheme and ceasing to accrue rather than LTA bills on accrued pensions. But this will simply add to the brain drain issue in the NHS that the government must avoid. And it's not just NHS staff, but other public sector workers including Civil Servants who will have to consider whether to carry on working or opt out of the pension scheme.

"Given all the problems, the LTA will not even provide the sums the government is looking for to make a dent on the black hole in the public finances. Instead, it simply adds more complexity to the retirement planning process and could add to the brain drain in key public services like the NHS."

"The whole point of equalising the rate of pension tax relief would be to save the Exchequer serious amounts of money. But in reality moving to a flat rate of relief is a radical overhaul of the system of pension taxation and will take a long time to implement, with all manner of challenges to overcome before any savings could be made. It will hardly be the quick fix to raise some serious cash.

He also said: "That's not even to mention the damage it could have on the incentive to save for retirement, which could ultimately create a ticking time bomb whereby people do not save enough for their retirement, and are ultimately more reliant on the State in the long-run."

"Although lacking in detail, a taxation on employer contributions looks to be the most politically appealing for the Chancellor given that it does not immediately impact the electorate. But look beneath the surface and it's likely employers may seek to offset the additional tax burden by reducing their net contribution, perhaps meaning employees will have a lower overall pension contribution."

"The impact of the LTA results in huge differences between what defined benefit (mostly public sector) and defined contribution (private sector) retirees can accrue with the benefit of tax relief. A defined benefit member could receive just over £53,000 pa pension and remain within the LTA, whereas, given current annuity rates, a defined contribution member could only expect to buy a lifetime income of £29,000 pa on the same basis - less than the average wage.

"Rather than reduce the LTA further, which undermines confidence in pension planning and disadvantages private sector workers disproportionately, the Government should abolish the LTA for defined contribution savers and rely on the annual allowance to control the amount of tax relief any one person may benefit from. At the same time abolishing the annual allowance for defined benefit schemes so that doctors and other key public sector workers are not discouraged from working extra shifts, for fear of an unwelcome tax bill, when they breach the annual allowance, would be a more sensible approach.

She added: "The Treasury want pension savers to invest in high tech long-term asset classes. If they reduce the LTA there will be even less incentive for pension savers to take on the extra investment risk this involves where success will result in a large tax bill but losses will not be underwritten. If these rumours are true the Treasury appears to be suffering from schizophrenia in its pensions tax policy making and needs to adopt a more coherent approach.

"Constant tinkering with pensions savings tax only undermines the incentive to save for the longer term. Short-term measures will breed a generation of pensioners whose spending power in retirement will be reduced to a basic standard of living, relying more and more on benefits to meet their needs. Only when policy makers are required to join the DC pension world themselves will they be able to make policies fit for purpose for the majority of taxpayers."