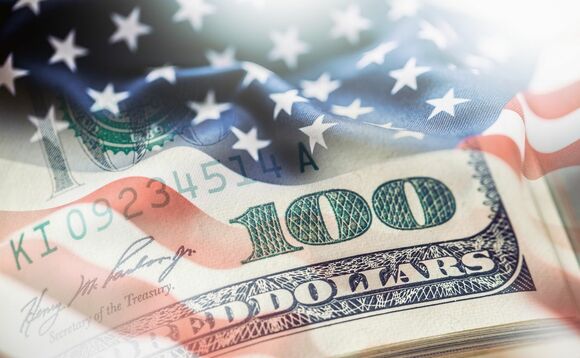 In a year largely defined by volatility it seems almost fitting that the small cap market was subject to extremes of its own in 2020, says Francis Gannon.

After beginning the year with the largest ever quarterly loss in its more than 40-year history the small-cap Russell 2000 Index proceeded through three positive quarters and the growth has continued.

This year's opening quarter was the second consecutive strong one for the Russell 2000 Index, which advanced 12.7%. This robust result also led the small-cap index to a nearly record-setting one-year return (to 31 March 2021) of 94.8%, which gave investors an especially vivid sign of how thoroughly the overall US equity markets have been recovering from the challenge and pain wrought by the coronavirus pandemic.

The transition over the past twelve months from recession to recovery and into expansion is seemingly priced into many small-cap companies. Yet, as the shift to a sustained economic expansion continues, the tug of war between expectations and underlying fundamentals is likely to be the critical factor in determining further multiple expansion.

For many sectors within the small cap universe, the market appears to be rediscovering the importance of earnings. After a period of subpar economic growth, earnings are just now beginning a robust recovery, with many industries still well shy of pre-Covid levels.

The recent leadership rotation from large cap to small cap appears sustainable. Although it's inarguable that small-cap valuations finished March near historical highs, this must be balanced against the fact that these rich valuations are based on what are likely to be trough earnings during what remains a very low interest rate environment.

The nascent global economic recovery, fuelled by re-openings, fiscal and monetary stimulus, and pent-up consumer demand is in turn spurring the revitalisation of value and cyclicals within small cap.

So, while the recent pace of returns is clearly unsustainable, we believe there are other reasons to stick with the asset class beyond our expectation for improved performance for high-quality companies.

The lofty heights of the current period are somewhat new, but the experience of high small-cap returns is not.

This is the case even in a market where valuations are elevated throughout the stock market. To get a better sense of what may be coming next, we looked at one-year small-cap results that followed the previous 10 highest 12-month returns for quarter end periods.

The record over the subsequent 12 months is decidedly mixed, ranging from double-digit advances to declines in the mid- to high teens. Based on history, then, the Russell 2000 could tread water, experience a correction or two, or keep moving up, albeit at a markedly slower pace, over the next year.

Subsequent three-year periods, however, tell a far better, more consistently positive story, with uniformly positive average annualised results. The average three-year return for the Russell 2000 following its 10 strongest four-quarter periods is 11.9% versus 10.3% for all quarterly-rolling three-year returns since inception. We think this historical pattern should hold.

Despite rich valuations, there are several contrasting positive factors, each of which is likely to have staying power. The housing market remains strong, consumer balance sheets are in excellent shape, the scale of fiscal stimulus is likely to expand - possibly with significant infrastructure spending and the Fed has signalled that it is no longer as concerned about inflation overheating the economy, reversing the view it held over the last several years.

So, while the pace of small cap returns will slow, positive results seem likely, with history showing the possibility of low double-digit returns on an annualised basis over the next few years.

We also believe that we are reaching the point where company results will diverge, offering disciplined active managers the opportunity to add value.