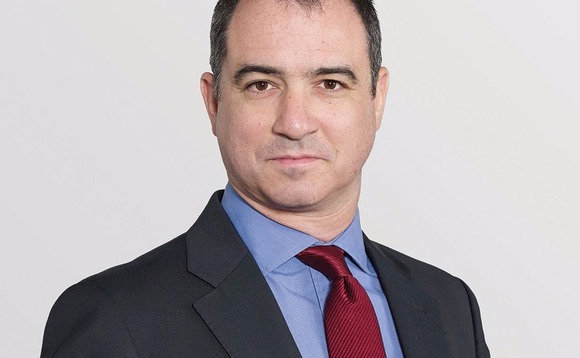 Barnett left Invesco by mutual agreement in May 2020 after 24 years with the business, handing over the open-ended funds he managed to James Goldstone and Ciaran Mallon.

The departure came as part of a raft of changes to its UK equity product range and investment management team led by chief investment officer Stephanie Butcher, who was appointed last year.

The addition of a talented investor such as Mark - who has a strong track record of alpha generation in the UK over the long term - further strengthens our team."

Co-founder of Tellworth Marriage said: "The addition of a talented investor such as Mark - who has a strong track record of alpha generation in the UK over the long term - further strengthens our team as we look to capitalise on the broad range of opportunities we see within UK equities."

Barnett said he is "extremely impressed by the team at Tellworth and the quality business they have established over the past three years".

"We share an investment philosophy based on long term, bottom-up fundamental analysis and active portfolio management," he added. "I am excited to join the business and establish an income-focused franchise, which reflects my optimism on the significant potential for the UK stockmarket."

Ryan Hughes, head of active portfolios at AJ Bell, said the news that Barnett is resurfacing will "no doubt surprise a few people", but that it presents an "interesting opportunity" for the manager to rebuild his reputation after a "torrid few years" at Invesco.

"Paul Marriage and John Warren, who set up Tellworth, are shrewd investors and will no doubt see the opportunity to work alongside someone as experienced as Barnett as one that has the potential to really help grow the business from the strong start it has had in its initial focus on smaller companies and then taking on the Sanditon funds," he explained.

"For Barnett, this is the opportunity for him to prove he still has the ability to deliver strong UK equity returns for investors without the shadow of his previous roles hanging over him.

Taking on the funds at Invesco formerly managed by Neil Woodford was always going to be a difficult challenge for anyone and perhaps inevitably it played out that way, although I'm sure Barnett will admit that he made some mistakes along the way too."

Now, Hughes said the opportunity to start afresh with not legacy holding or unquoted companies will "no doubt be an exciting one".

"With attention once again building in UK equities and particularly those paying dividends, it will be interesting to see the shape of the portfolio and how Barnett settles into working in a focused boutique manager rather than the asset management giant that was Invesco."

"While Barnett did struggle in the last few years at Invesco, arguably this was largely due to events outside of his control," he reasoned. "Running contrarian funds is challenging enough when markets are going against you but he also had the added challenges of managing large funds in constant redemption, having inherited someone else's portfolio.

"The opportunity to build a portfolio from scratch and to focus on a core income (and growth) proposition should see Mark Barnett return to the principles which made him a successful fund manager in the first place."

Barnett's hire comes one week after Tellworth announced the appointment of Lawrence Brennan as co-director of business development for Tellworth Investments.