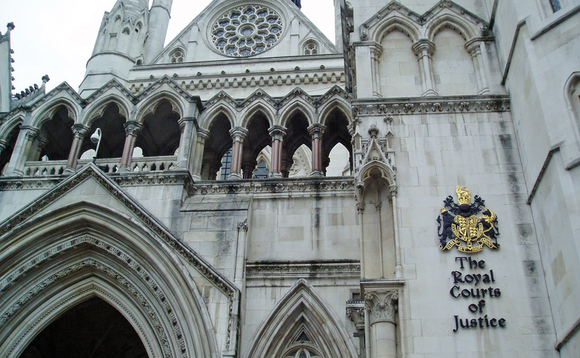 The UK's Court of Appeal has voted in favour of Russell Adams and against his self-invested personal pension (SIPP) operator Options Personal Pensions, formerly Carey Pensions, in their long-running legal dispute.

Because the SIPP was entered into as a consequence of CLP's contraventions of the general prohibition, the agreement is "unenforceable against Adams", who is entitled to unwind it and recover the money he paid into it. He is also entitled to compensation to reflect the losses he has suffered.

In May 2020, Carey Pensions won in the High Court against former client Adams, with Adams' claims dismissed on all grounds. During the trial, Adams' representatives argued Carey had breached Financial Conduct Authority COBS rules that dictate a firm must act in a client's best interest by allowing Adams to use Carey's SIPP to invest in a risky, unregulated store pods scheme. Carey, however, argued SIPP providers were under no obligation to reject the investment.

Then, in September last year, the Court of Appeal granted Adams permission to appeal his landmark case and was accepted by Lord Justice Arnold on the grounds that Adams had a real prospect of success. The Court of Appeal is the second-highest court in the UK legal system behind only The Supreme Court.

Arnold found that the importance of the issues raised in the ground of appeal, and the delay of more than two years in producing the original judgment, amounted to compelling reasons for the grant of permission.

Lorry driver Russell Adams had alleged Carey Pensions mis-sold him a SIPP. He and his lawyers accused the SIPP firm of using a Spain-based unregulated introducer to facilitate investments in Store First unit pods.

In July 2012, Adams invested £50,000 into Store First unit pods. Over the years, the funds have depleted and are now virtually worthless.

During the 2018 trial, Adams' legal representatives argued the pension administrator breached Financial Conduct Authority COBS rules that dictate a firm must act in a client's best interest. They claimed that, if the firm had been doing so, it would have declined to give business to this sort of "high-risk and highly speculative investment".

In that trial, they also argued that, if Adams had received "competent financial advice", it was unlikely he would have been put into a SIPP in the first place. Carey's defence team argued the pension administrator was "blameless" for the loss, however, but the client was not.

The court heard Carey Pensions had warned Adams the investment was high-risk and highly speculative, but Adams chose to go ahead anyway to claim a £4,000 inducement from the introducer, which Carey Pensions chief executive Christine Hallett said the firm reported to HM Revenue & Customs.

Carey's lawyers added that SIPP providers were under no obligation to ascertain to what extent an investment is high-risk and reject that investment.

Now, in the leading judgment, Lord Justice Newey found that CLP advised Adams to transfer out of his existing pension fund, and, thereafter, transfer the proceeds into a SIPP operated and administrated by Options.

The purpose of the transfer was so Adams could then invest his pension fund into an unregulated and high-risk investment scheme, called Store First Limited ‘store pods', a storage facility on a disused industrial site in Blackburn.

The trial also found that CLP encouraged him to achieve its proposed aim by transferring his pension fund out of his previous policy held with Friends Life and into the SIPP, both of these recommendations were investment advice that was capable of being regulated.

During the trial, the court also found that activities undertaken by CLP Brokers, which included procuring a Letter of Authority authorising Options to liaise with CLP, the undertaking of certain anti-money laundering tasks and the completion of the SIPP application form, involved CLP Brokers making arrangements for Adams to transfer out of his previous policy and, more clearly, to put the money into the Options SIPP.

For example, the court set out in its judgment how CLP arranged for Adams' completed application paperwork to be collected by a courier and taken directly to Options, so it could establish the SIPP.

However, during the trial, the court found that these actions were "significantly instrumental" and brought about both the transfer from the previous policy and the transfer into the SIPP.

As a result, and having decided that CLP had contravened the general prohibition and that its breaches had sufficient "causal potency" to cause the SIPP to come about, the court refused to exercise its discretion to allow Options to enforce the SIPP agreement.

Wixted & Co Solicitors partner Tim Hampson, who represented Adams, said: "We are delighted with the Court of Appeal's well-reasoned and common-sense decision.

"It has been a very long road for Mr Adams, but we hope that he will now finally be able to move on with his life and enjoy his retirement.

"In addition, the Judgment will assist many other investors who have lost funds because of investment advice given to them by unregulated parties.

"We agree with the Court of Appeal's fair warning to regulated firms that, if they choose to deal with an unregulated entity, who they cannot necessarily control, then the risk is squarely on them if that entity crosses the perimeter and contravenes the general prohibition."

Christine Hallett, managing director of Carey (now rebranded as 'Options, for your tomorrow'), said: "We are disappointed to have received this judgment in relation to Section 27, and even more so that the various factors in Carey's favour - the rigorous framework that Carey had put in place, and which was specifically highlighted by the judge at first instance, that Carey was not aware that the unregulated introducer was acting in breach of the general prohibition and terminated its relationship when it did become aware, and Mr Adams' contribution to his own loss - were not sufficient for the Court of Appeal to exercise its discretion under Section 28.

"Whilst the findings of Section 27 will always relate to fact-specific scenarios, in the context of the SIPP provider environment generally, as well as the wider UK financial services industry, any clarity and additional guidance is welcome and needed. Mr Adams brought a novel claim under s.27 FSMA, in respect of which there was no existing case law, and which failed at first instance.

"Invariably all UK regulated businesses will need to consider their procedures and policies, and the potential implications of dealing with any unregulated third-party that could be deemed to be caught in what is under the judgment, the very broad and encompassing acts of 'making arrangements' and 'advising'."

Alan Kentish, chief executive of STM Group, said: "Clearly the overall judgment is disappointing from our point of view, but it has helped to provide clarity in relation to our undertakings and obligations to COBS and, in particular, that the scope of COBS must be considered through the lens of the individual contractual arrangements with customers. This remains welcome guidance for both STM as well as the SIPP and more general Financial Services industry as a whole."

"The context of interpretation of section 27, and arguably the limitations given to section 28 of FSMA by the Court of Appeal will have far-reaching implications as to how financial services providers will interact with introducers and consumers in the future.

"It appears that this marks a shift of emphasis on consumer protection, such that individuals are not accountable for their own actions, and this may well limit market choice and competitiveness, and could be seen as a significant point of public interest.

"We believe that our Options SIPP business is well insulated with extensive insurance protection. Carey will now need to sit with its advisers to consider what next steps to take whilst clearly abiding by the terms of
the Order."

The Carey Pensions case rumbled on for many years. The result of the case had been keenly awaited by the self-invested personal pension (SIPP) industry, as it was thought it would give clarity on the duty and obligations of SIPP providers.

During the 2018 trial, Adams' representatives argued Carey had breached Financial Conduct Authority COBS rules that dictate a firm must act in a client's best interest by allowing Adams to use Carey's SIPP to invest in a risky, unregulated Store Pods scheme. Carey, meanwhile, argued SIPP providers were under no obligation to reject the investment.

Back when the High Court found in favour of Carey Pensions, Kentish, the chief executive of STM Group, which bought the firm in 2018, said the judgment would set a "clear precedent" for the whole of the UK financial services sector, given the increased litigation and use of the Financial Ombudsman to determine complaints, which would now have to now be considered in the context of this ruling.

"The potential implications for any financial institution carrying out execution only business to have become responsible for their client's decisions would be, in my opinion, wholly inequitable and inappropriate. I am sure many financial service providers and institutions, as well as their respective trade associations, would wholeheartedly agree and can now look to the future with greater confidence post this ruling," he added.

However, the decision has now gone the other way with Adams' success in the Court of Appeal.

Tideway Investments director James Baxter told PA that he believes it is a function of the Financial Conduct Authority (FCA) looking in the wrong direction.

"They're constantly looking at advice and processes and not looking products. If the products were regulated more thoroughly, they shouldn't be allowed in SIPPs.

"It's going to be bad news for smaller SIPP providers and it'll continue the consolidation process in that sector, which has been underway anyway with smaller firms."

Meanwhile, Philip J Milton Chartered financial planner Felix Milton said the ruling was sad news, "because the court basically said that Carey did do things properly, but because this unregulated introducer stepped in and told the client [to invest] and the client went along with it, they've held the SIPP operator liable.

"It's not really their fault. All they are meant to do in theory is look after the pension."

CISI confirms it will offer Chartered status to Certified members