Female managers at the helm of funds remain a small minority

In the UK, there are still more funds run by men called Dave than there are female managers in total, according to an analysis by Morningstar, which revealed that female fund managers are still greatly outnumbered by their male counterparts.

In the UK, some 68 funds are run by men called Dave or David, but there is only a total of 45 female managers in the country, equivalent to just 7.7% of UK-domiciled funds in Morningstar's sample.

The total assets of the UK funds analysed was £475bn, and women managed just £44bn of this, around 9.3% of the total.

In the UK, some 68 funds are run by men called Dave or David, but there is only a total of 45 female managers in the country, equivalent to just 7.7% of UK-domiciled funds in Morningstar's sample."

"7.7% is simply not good enough, is it? Fund management is a brilliant job, full stop, and it's a brilliant job for women because it requires emotional intelligence, attention to detail, common sense and care," Alexandra Jackson, manager of the Rathbone UK Opportunities fund, said.

"The culture of 'star managers' and 'masters of the universe' can be very off-putting, as well as being rather misleading. Excessive industry jargon and over-complexity is constructed to make the job appear harder than it needs to be, and I think this contributes to women being under-represented in what could be an ideal industry," she added.

Discounting those where the manager's name was not disclosed in Morningstar Direct, the UK sample encapsulated 1,226 funds.

"Gender equality is by no means a new topic and over the years we have seen many initiatives to level the playing field. But as a group, woman remain woefully underrepresented in the field of fund management."

Looking across Europe, the numbers tell the same story: Female managers at the helm of a fund are a minority across Italy, France and Spain.

In Italy, there are 39 funds run by men called Andrea, more than the total number of female managers - just 23. These women manage 81 funds between them, equivalent to 12.8% of the funds in the sample, with assets totalling just under £13bn, some 10.7% of total assets. There were 646 funds in Morningstar's sample, with total assets of £121bn.

In France, out of 1,942 funds, 352 had a female manager, equivalent to 18.1% of funds in the group. There were 150 individual female managers within this group, managing a total of £19bn between them.

Morningstar found Spain the most female-friendly country for fund managers. Some 248 of the 1,187 funds in the sample had a female at the helm - equivalent to 20.9%.

There were 72 individual female managers within this, running £59bn of the total £223bn of assets under management.

Viljoen expects the Covid-19-induced change in working patterns to benefit the industry when it comes to gender diversity.

"If there's one change that might emerge from this pandemic it's the potential for society to embrace more flexible work practices, which may help improve workplace diversity and potentially we will all be winners as a result," she said.

Comment: Why SFDR is a gamechanger for the ESG landscape 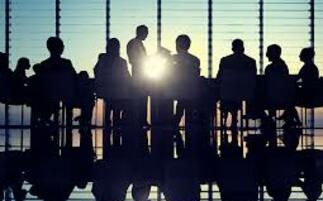 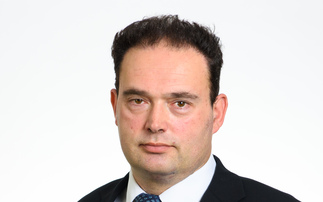