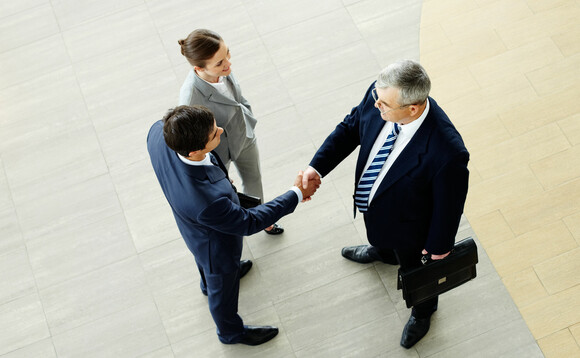 The UK acquisition would create an adviser platform company with £45bn of assets under administration. Nucleus said its medium-term ambition was to re-platform to FNZ technology to align itself with James Hay.

Nucleus is currently powered by Bravura technology, while James Hay recently entered into a long-term deal with FNZ. The firms said there would be no technology change for advisers who use either platform in the short-term.

Nucleus's board has recommended shareholders vote in favour of the offer. The company's largest shareholder Sanlam, which has a 52% stake in the firm, has agreed to back the deal.

The acquisition is subject to shareholder and Financial Conduct Authority approval but Nucleus said it expected to complete in the second quarter of 2021.

James Hay itself, alongside wealth management firm Saunderson House, was bought by private equity firm Epiris for £206m in 2019.

Nucleus CEO, David Ferguson, said: "Becoming part of this enlarged group gives us a key role in a much bigger story where we can create a leading independent platform of scale with a high tech, high touch proposition and philosophy. I think the combination of our people's talents and the size of the opportunity can see us carefully navigate the roadmap to deliver on this collective medium-term goal.

"I look forward to getting to know our new colleagues and moulding and group culture that is centred on doing the right thing and building a market-defining product that really delivers for advisers and their clients."

He added: "Since we launched in 2006 we've always put the customer centre stage and while that has made us a little bit different, it's carried us to £17.4bn in AUA and to a point where the sentiment of our users and our people has never been better."

Rumours of Nucleus's new owner have swirled since the adviser platform said it had received several bids back in November 2020. Transact's parent company, Aquiline Capital Partners and Allfunds also fielded offers for the firm but all pulled out of the race to leave James Hay's owner Epiris as the front runner.

Nucleus listed on the Alternative Investment Market, part of the London Stock Exchange, back in the summer of 2018 but long-term investor in the platform company Sanlam remained a majority owner.

James Hay CEO Richard Rowney said: "We are very excited to be announcing the creation of one of the leading independent adviser platforms with over £45bn of AUA. The two businesses have complementary areas of expertise and common beliefs about the importance and independence and only serving the adviser market.

"We admire much about Nucleus and the skills within its team, and look forward to working with them to better serve the growing needs of advisers. By joining forces, we can combine Nucleus' reputation for great digital user-experience and James Hay's pension specialism, creating greater strength and a platform with the scale to invest and deliver real value for advisers and their clients."

Revealed: The top three China-focused funds for 'reliability and strength' in year of the Ox