The inconclusive outcome of today's US presidential election is the "worst outcome for markets", according to investment professionals, who warn the "dragged out affair" will delay a "swift stimulus package" which would ultimately buoy share prices.

However, with votes in ten out of 50 key states yet to be counted - including ‘toss-up' states Pennsylvania and Georgia which account for a combined 36 college votes alone - as more than 100 million people cast their ballots in early voting before election day on Tuesday (3 November), Trump addressed the nation this morning (4 November) announcing he will go to the Supreme Court in order to stop any further vote counting.

Regardless of the eventual outcome, one thing remains clear: isolationism remains a powerful force among the US electorate, and much of Trump's 2016 agenda still resonates powerfully with voters in a deeply divided nation."

The president told the public in a live broadcast that "this is a fraud on [sic] the American public" and that "this is an embarrassment to the country".

Trump is now tipped as the favourite to win by several betting firms, with his odds shortening over the last few hours, having thereby defied the polls which have widely predicted Biden to win.

Meanwhile, it has been reported that the likes of Michigan, Wisconsin and Pennsylvania could take until Friday to count their votes.

Stephane Monier, CIO at Lombard Odier, said that whoever wins the White House, it look as though we will face a divided Congress.

"This has far-reaching implications for markets, mostly because it means that any kind of pandemic recovery package is still tough to approve," he said.

Ahead of election day, both parties agreed that a large fiscal stimulus package was required to further bridge the gap. With a Trump win, the Republican party may push for a package in the region of $2trn.

Stuart Clark, portfolio manager at Quilter Investors, agreed with Monier, adding that "what markets will be disappointed with should this end up being a dragged out affair is the lack of a swift stimulus package that would inevitably buoy share prices."

"Everyone who remembers 2016 knew this election was going to be closer than the polls ever suggested. We find ourselves in a state of electoral paralysis and as it is clear neither voter is ready to concede yet," he said.

"An extended battle is ultimately the worst outcome for investors as markets hate uncertainty. With the global Covid-19 situation weighing down on market sentiment we should expect more volatility until at least we have better sense of the result of this election."

Richard Carter, head of fixed income research at Quilter Cheviot, agreed that a delay in a "massive stimulus package" amid no clear winner will lead to volatility as markets digest the news.

However, he added: "The good news is that central banks will continue to provide large amount of supports through QE and low interest rates and this should reassure investors as we wait for news from Washington."

Mark Harris, CIO at Garraway DFM, said that if a stimulus package can be put in place "sooner rather than later", and that Covid-19 is containable, "we believe the global recovery will continue at a faster pace than most currently forecast".

"We feel the US dollar will likely weaken over the course of 2021 given extremely low interest rate differentials, and twin deficits," he said.

Richard Buxton, head of strategy, UK alpha at Jupiter Asset Management, said the recent gains seen across stockmarkets as investors largely anticipated a Biden win, as well as a meaningful Democrat majority in the US Senate, are likely to be given back once more until further clarity emerges. However, he added "even that is not a foregone conclusion".

"The biggest concern for markets will be that the scale of fiscal stimulus is likely to be less than many had hoped for," he explained.

"Any suggestion that the outcome could be could be contested is likely to be viewed dimly by investors, and could give way to a period of renewed volatility in equity and currency markets."

This view is shared by Willis Owen's head of personal investing Adrian Lowcock, who said the uncertainty is "the worst outcome for markets, with futures jumping around as traders switch their trades to try and reflect the shifting sentiment towards the candidates".

"We expect volatility to be high today, he added. "Investors may have to endure some vicious swings for the next few days if this drags on, and it has echoes of 2000 about it, when the result of George Bush Jnr versus Al Gore was too close to call.

While Buxton said it is likely that, even if Biden were to win, it would be by a smaller margin than anticipated. Therefore, he said "all eyes will be on the result in the Senate".

"The lesson from Obama's loss of Democrat control of the Senate in his first mid-term elections is to go early and fast in the next two years to implement policy change.

"In such a situation, we can only speculate as to whether Biden would take a leaf out of Trump's book, relying on executive orders to force through his agenda," he continued.

"In the longer term, regardless of the eventual outcome, one thing remains clear: isolationism remains a powerful force among the US electorate, and much of Trump's 2016 agenda still resonates powerfully with voters in a deeply divided nation." 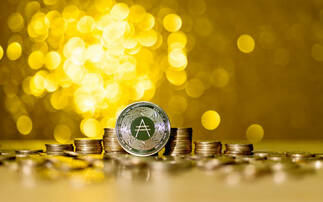