Bitcoin - already one of the year's best-performing assets - is likely to "soar in value" this year with central banks' money printing agendas and a spike in public interest, the CEO of deVere Group said this morning.

The bullish comment from deVere Group's founder, Nigel Green, follows a wider positive investor sentiment regarding the leading cryptocurrency. This week Bloomberg analysts said in a note that the digital currency could jump to $20,000 in 2020.

Green affirmed: "Bitcoin price is already up around 30% from the beginning of the year, putting it on track to be one of the year's best-performing assets.

Bitcoin price is already up around 30% from the beginning of the year, putting it on track to be one of the year's best-performing assets."

"I believe it would be surprising not to see Bitcoin soar in value further throughout this year for three key reasons.

Bitcoin underwent a scheduled "halving" last month, which led to an itial fall against the dollar. But the world's most popular cryptocurrency has since recovered its losses.

"First, the massive money-printing, or quantitative easing, programmes currently being rolled-out by central banks around the globe devalue traditional currencies and provide a boost for other recognised stores of value, such as Bitcoin and gold.

"Second, the global health emergency has been accelerating the demand and need for digital money.

"And third is that it is a legitimate hedge against longer-term inflation concerns."

He continued: "Globally, we have seen client interest in Bitcoin, and other cryptocurrencies such as ETH, spike since the beginning of May.

"There's been about a 25% month-on-month jump in enquiries about deVere Crypto, our crypto exchange app.

"We largely attribute this to the pandemic collectively focusing minds on readjusting to a new world.

"Of course, our lives in this new era, which was on its way but which has been ushered in faster due to Covid-19, will be increasingly tech-driven.  This includes our financial lives, meaning digital currencies such as Bitcoin, amongst other fintech [financial technology] solutions."

Geopolitical risks, including the heightening of U.S.-China tensions, Brexit and the U.S. presidential election can also be "expected to serve as a boost for Bitcoin" says Mr Green.

"Investors will increase exposure to decentralized, non-sovereign, secure digital currencies, such as Bitcoin, to help shield them from the potential issues in traditional markets." 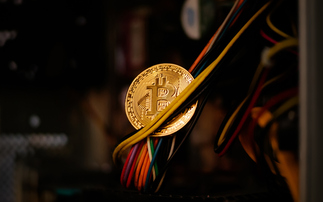 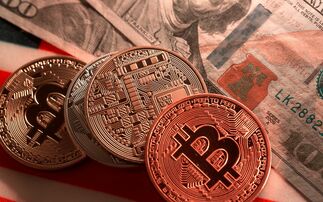