Insight Financial Associates has been asked to compensate a former client after it transferred his pension into a self-invested personal pension (SIPP) that was used to invest in a hotel development project in Cape Verde.

Mr H, as the UK's Financial Ombudsman Service (FOS) referred to him, invested £66,318 into the project that saw him take a 45% stake in an ‘off-plan' apartment on the understanding he would later purchase the remaining 55%. His investment was later transferred to part-ownership of another smaller apartment.

The idea behind the scheme was that investors would later rent out the apartments or sell them for profit.

The ombudsman ordered Insight to compensate Mr H into his pension plan any money that has lost as a result of the investment."

Mr H complained to Insight, which has offices in London, the south-east of England and Leicestershire, in 2018 after his new financial adviser told him Insight's advice, which he received in September 2009, was unsuitable.

Insight rejected Mr H's complaint. The firm said it had not offered advice on the investment. The case was then referred to the FOS.

Insight told the FOS it had provided advice about the self-invested personal pension (SIPP) transfer, but not the investments that later took place.

A FOS adjudicator felt Insight was obliged by the regulator to ensure proposed investments were suitable when recommending a transfer or switch, and that the Cape Verde investment was not a suitable investment because it pooled too much of Mr H's investment into a single asset, it was illiquid, and he was not covered by the same investor protections as the transferred pension.

The adjudicator also said Insight had not collected enough information to give advice, as Insight's fact find did not have information about Mr H's pension objectives, his cash flow, current assets or a completed risk questionnaire. They added that, because the entire purpose of the transfer had taken place to facilitate the Cape Verde investment, the transfer itself was unsuitable.

An agreement was not reached and the case was passed on from an adjudicator to an ombudsman, who upheld the complaint. They said it was unreasonable to say Mr H conducted his own due diligence, as that should have formed part of Insight's advice. They also felt it was irrelevant that Mr H had decided to invest in the property before going to Insight.

The ombudsman added the move was also very high risk, pointing out his ceding scheme held standard assets like shares and bonds and was diversified across ten funds operated by different fund managers within different asset classes. By contrast, the Cape Verde investment concentrated all Mr H's assets into a single physical unit.

They also pointed to Mr H's incomplete risk fact find, noting although Mr H was considered ‘medium-high risk', the questionnaire had been left blank, giving no evidence such a risky investment was suitable for him.

The ombudsman ordered Insight to compensate Mr H into his pension plan any money that has lost as a result of the investment. They also said Mr H's SIPP should be closed by removing any investments from it. However they said if Insight could not buy the investments, it should pay an amount equal to five years of SIPP fees. 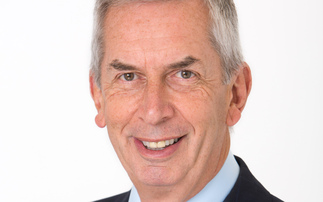