Stefan Lippe, who was CEO of Swiss Re from 2009 to 2012 and who worked at the reinsurer for more than 30 years, has died of complications from covid-19, according to Swiss Re.  He was 65.

Lippe joined Swiss Re in 2009 when the company was still recovering from the 2008 financial crisis. He is widely credited with reestablishing its position, which was reaffirmed by Warren Buffett's investment of 3bn Swiss francs in Lippe's first year as CEO.

Swiss Re chairman Walter B. Kielholz said, "Swiss Re is greatly indebted to Stefan Lippe for almost three decades of continued commitment and dedicated service to the company."

He truly had a sixth sense for risk and was no doubt the best underwriter I ever met.”

Lippe joined Swiss Re through its subsidiary, Bavarian Re, in Munich in 1983, following his graduation in mathematics and a PhD in economics from the University of Mannheim. In every function in which he subsequently served he brought to bear his astute sense for figures and a deep understanding of actuarial science, so crucial for the re/insurance business.

In 1993, at the age of 38, Lippe was appointed chairman of the executive board of Bavarian Re.

In 1995 he also joined the extended executive board of Swiss Re as head of the Bavarian Re Group.. Lippe retired in 2012, before joining the board of AXA, the Paris-based insurance group.

In a statement, Swiss Re said: "We're deeply saddened by the death of Stefan Lippe, a Swiss Re veteran of almost three decades and the CEO from 2009 until 2012. Our heartfelt condolences and thoughts go out to his family at this difficult time."

Christian Mumenthaler, Group CEO of Swiss Re, said: "He truly had a sixth sense for risk and was no doubt the best underwriter I ever met."

Comment: The power of vaccines in World Immunisation Week 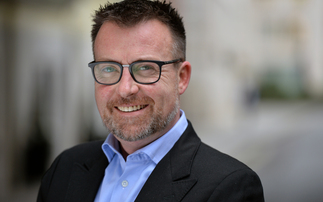