WTI plunges to minus $7 as oil trades at historic lows: industry reacts 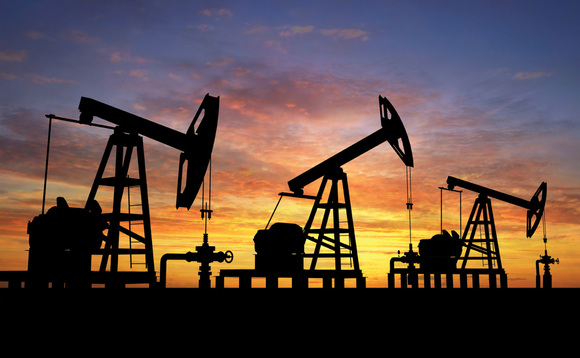 The FTSE 100 fell more than 1.7% within its first 30 minutes of trading this morning, as the US oil price plunged into negative territory last night for the first time.

Brent crude has fallen a futher 29% to $18, while West Texas Intermediate (WTI) fell back to minus $7 having rallied slightly to just $1.4 in early trading.

WTI oil at one point hit minus $40.32 on Monday evening, marking a fall of 321% in a single day as producers began paying buyers for barrels, fearing storage capacity will run out within weeks.

Brent crude, the global benchmark for the oil price, fell continued its slide, reaching an 18-year low of $18.10 on Tuesday.

Clark Fenton, manager of the RWC Diversified Return fund, said the fall in WTI "could have severe consequences for the US economy", predicting a further spike in unemployment.

US President Donald Trump said he was considering halting imports of crude oil from Saudi Arabia as a way to support the US drilling industry, as Fenton suggested we could see government intervention in the US energy markets.

Randeep Somel, equities investment director at M&G, said, "In the history of the oil market, the 20 April 2020 will be a notable day. While we have become familiar with a volatile oil price, we have now seen the sharpest single day decline that has led to oil contracts trading at negative values for the first time.

"The sheer drop in demand due to economic impact of covid-19 is unprecedented. Never in the history of the oil market has demand come to a halt as we are currently seeing. At the same time, the consistent increase in the oil supply since the advent of hydraulic fracturing ("fracking") has meant supply has been running ahead of demand for some time," Somel explained.

Adrian Lowcock, head of personal investing at Willis Owen, said: "We've had many shocking twists and turns in this downturn, and this collapse in US oil prices into negative territory for the first time ever is another major point in the crisis.

Artur Baluszynski, head of research at Henderson Rowe, said: "Despite the OPEC deal to cut over 10% of global oil production, the price of oil keeps falling. While yesterday's negative WTI futures price might have been a one-off glitch, it does confirm there is trouble ahead.

"The covid-19 crisis is destroying the global demand for energy and without a timeline on the end of the lockdown in the developed world, the market is suffering from chronic oversupply."

Jai Malhi, global market strategist at JP Morgan Asset Management, said "the destruction in oil demand due to covid-19 has been unprecedented - even more so than the deep recession in 2009".

Malhi added: "This level of oil price is not sustainable for any global oil producer. Even for Saudi Arabia, which has a low cost of production, this is not viable. Such low prices will not last and the pressure on storage will likely force OPEC+ into further production cuts in order to boost prices.

Chris Andrews, portfolio manager of the SilverCross Global Small-Cap fund, said:"Having already been at risk from the collapse we had seen in the oil price in recent weeks, the moves overnight and this morning into negative territory mean many companies dependent on high oil prices are at risk of going bankrupt. This is particularly true in the small cap space."

"Energy represents almost 2% of the global small-cap universe. Many of these companies are now at risk of going bankrupt in short order following this monumental collapse, barring some kind of extraordinary intervention by the US government to save its oil industry.

Ben Jones, multi asset class strategist at State Street Global Markets, said: "Yesterday saw all manner of impossible things in the oil market as the May contract for WTI oil settled at minus $37.63 and implied volatility printed at twice the previous high. The negative pricing on the 20 April is technical in nature, relating to futures expiry, but it does highlight how oversupplied the US oil market is and how tight storage has become as oil demand collapses.

As such, oil prices will remain under pressure and a repeat of these events at the end of May, once the June contract rolls, is not out of the question." 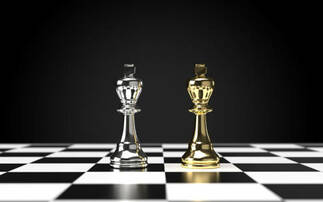