Dean Mason, director and founder of Masons Financial Planning, part of the Quilter network, has died after contracting coronavirus.

Mason lost his life to coronavirus on Friday (3 April), causing an outpouring of grief from the mortgage and protection sectors. Aged 51, Dean left behind a widow and a young family and would have celebrated his birthday over the weekend.

A mortgage and protection adviser, Mason started out at Nationwide in the 90s as a mortgage adviser before moving to LifeSearch in 2003. He set up his own firm Masons Financial Planning in 2009.

Mason was remembered as a happy person who provided a human touch to the work he did.

Matt Morris, director of financial services specialist Carr Consulting & Communications, described Mason as one of the friendliest people he had ever met.

"Dean was a very popular figure in the mortgage and protection world. He was very friendly, good fun to be around and never had a bad word to say about anyone. I've known Dean since the first year I joined financial services in 2007, he was a mate and also arranged my first mortgage for me. He'll be greatly missed by a lot of people."

He added: "Dean is one of those people who, when you're at a dull event or conference and don't know many people, if you spotted him across the room you'd know it was going to be much more enjoyable."

This article was first published by Professional Adviser 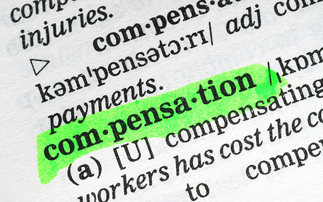