The US labour market will be key to the pace and shape of the recovery from what will be the deepest recession in recent memory, according to analysts.

US unemployment recently saw its largest-ever one-week spike, with the advance figure for seasonally-adjusted initial jobless claims nearing 3.3 million the week ending 21 March, up from 282,000 the previous week.

The previous record for the weekly jump in unemployment had been 695,000 in October 1982.

The news added to a swathe of purchasing managers' indices (PMIs) for March released last week that confirmed fears the coronavirus pandemic is pushing the most advanced economies into a downturn."

The news added to a swathe of purchasing managers' indices (PMIs) for March released last week that confirmed fears the coronavirus pandemic is pushing the most advanced economies into a downturn.

"Almost all the headline and component indices have fallen to, or near, record lows across the developed world," said Simon MacAdam, global economist at Capital Economics.

"Given that many survey responses came in before lockdowns were introduced or intensified, the PMIs will almost certainly be uglier in April. Downward revisions to flash estimates for March are likely, too."

Impact on US GDP
Economists are forecasting a devastating hit to US GDP, with predictions for the decline in annualised Q2 GDP ranging from 10% to 40%. The largest on record so far was 13% in 1932.

RBC Global Asset Management's chief economist Eric Lascelles said this will not just be a recession, but "the deepest peak-to-trough decline in recent memory".

"We will likely see declines in GDP that we have never before experienced."

Capital Economics expects employment to decline by 14 million in total and the unemployment rate to hit 12%.

Federal Reserve Bank of St. Louis President James Bullard recently predicted US unemployment would reach 30% in Q2. Before the virus hit, unemployment had been at 50-year lows.

"The key determinant of the length of this recession is going to be the health of the labour market," said Hugh Gimber, global market strategist at JP Morgan Asset Management (JPMAM).

"The risk in this scenario is that unemployment starts to spike very quickly, has negative feedback loops and therefore means it is not possible for this recession to last just a couple of quarters."

The strategist claimed governments so far had been attempting to ensure companies were still around to benefit from the bounce back in activity when it comes, while he had been "encouraged" by measures taken to support workers who otherwise would have lost their jobs.

Gimber added he would be watching to see whether China and South Korea could avoid second outbreaks, as economic activity in these countries returns to normal.

Forecasting
Looking ahead, "the challenge in predicting the shape of the recovery is that we do not know the depth or duration of the downturn", Gimber added, a sentiment that was widely shared by other commentators.

Senior economist at Commerzbank Peter Dixon said the question was whether the global economy rebounds in the second half, or whether the recovery is longer and more protracted.

"But it is unlikely we will soon return to business as usual," he said.

"The economic shock has been too profound for that. Even if the virus abates, much of the displaced activity will not be recouped."

Neuberger's Amato agreed, noting some, but not all, demand will snap back. "If you have put off buying a new car, you are still likely to get one eventually; if you cancelled your restaurant reservation, you will not have
two meals next time you can get out to eat."

Amato thinks there is "potential for a powerful recovery", given the depths of the decline, while T. Rowe Price group CIO Rob Sharps sees potential for the bear market to end by the summer, "as pent‑up demand and stimulus drive a rapid acceleration in economic activity and earnings growth".

Others are not as confident, with Sharps himself noting "we are obviously dealing with a very broad range of outcomes".

The consensus is a 'U-shaped' recovery is most likely. "When confinement will be lifted, activity should progressively recover," Candriam's macro team said.

"For such a scenario to take place however, it is essential for productive capacities and financial channels not to have been impaired. It is also essential that confinement measures do not last for more than a quarter."

While Shamik Dhar, chief economist at BNY Mellon Investment Management, put a 35% probability on either a 'V-shaped' and 'U-shaped' recovery, he believes the latter is more likely.

'V'-shaped recovery
That said, head of multi-asset at Rathbone Investment Management David Coombs believes the recovery will most likely be 'V-shaped' - assuming the pandemic slows in three months' time and people start to become economically active again by July, which would mean the recession lasts for three quarters.

Coombs said: "In theory, one would expect the economy to recover quite quickly, because we have had a complete cessation of demand, so demand should be pent up over that period and we should see that demand come from quite a low base and rise.

"In theory, it should be a bit of a V, but it might not be across all sectors of the economy. If you are going to pin me to the wall, I would say probably a V."

Again, JPMAM's Gimber links everything back to the labour market, noting that if it does not weaken aggressively, "you could have a very sharp rebound at the end of this with pent-up demand for consumers coming back in great force".

"But, clearly, that is reliant on those consumers still being in good health and not having lost their jobs," he countered.

Deutsche Bank overhaul in doubt due to covid-19: reports 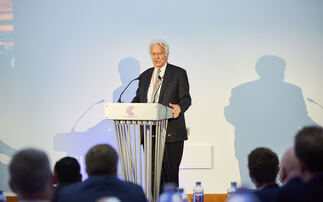 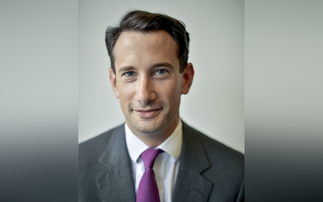 Buffett's Berkshire is anything but Brittle