Hong Kong's anti-corruption watchdog has charged a senior executive of bourse operator Hong Kong Exchanges and Clearing with bribery and misconduct over a 2017 IPO application by thread manufacturer Shen You Holdings.

Eugene Yeoh Kim-loong, 43, a former joint head of the listing department vetting team at the Hong Kong bourse, along with an initial public offering consultant, are being charged with bribery and misconduct in public office, in case involving HK$9.15m ($1.18m) in bribes between 2017 and 2019.

The Independent Commission Against Corruption (ICAC) alleged in a statement hat Eugene Yeoh took cash payments from a consultant as an inducement to view Shen You Holding's Hong Kong listing application favourably.

Yeoh was joint-head of the IPO vetting team at Hong Kong Exchanges and Clearing at the time, responsible for making sure applications were compliant with listing rules and endorsing recommendations to the bourse's listing committees which have the final say. Yeoh left the bourse in May 2019.

Although HKEX is a listed company, it is also a frontline regulator for other listed companies, so its staff is treated as public servants under Hong Kong's corruption law. Richard Lum Chor-wah, 60, the consultant, has therefore been charged with offering an advantage to a public servant.

The misconduct charge alleges that between June 20, 2017 and April 30, 2019, Yeoh, wilfully misconducted himself in the course of or in relation to his public office, without reasonable excuse or justification. Yeoh has allegedly concealed from or failed to declare or disclose to the HKEX the transfer of HK$9.15m from Lum to Yeoh's wife.

Yeoh has also allegedly failed to declare a conflict of interest in connection with his handling and processing of various IPO applications in which Lum participated; and failed to abstain from the deliberation and decision making in respect of those IPO applications.

One of the bribery charges alleges that on or about December 21, 2017, Yeoh accepted from Lum a sum of HK$2m, as an inducement to or reward for being or remaining favorably disposed to the IPO application of Shen You Holdings Limited.

The other bribery charge alleges that on or about December 21, 2017, Lum offered the HK$2m to Yeoh for the same purpose.

A spokesperson for the Hong Kong exchange told Reuters it "has cooperated fully with the ICAC in the conduct of its investigation of a former employee and will continue to do so."

A government spokesperson said the integrity and credibility of the bourse's IPO vetting process was of utmost importance to Hong Kong's reputation and it was very concerned by the case.

Yeoh and Lum, who were arrested by the ICAC in June last year after a complaint by Hong Kong's Securities and Futures Commission (SFC), were brought before the West Kowloon Magistracy this Wednesday. The defendants were each granted bail at HK$100,000, on conditions that they neither leave Hong Kong, nor interfere with prosecution witnesses. 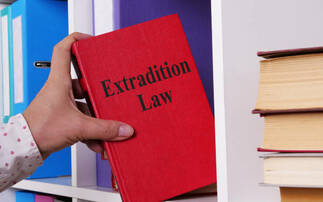