EU financial affairs commissioner Valdis Dombrovskis has shot down UK hopes to settle, by 30 June, the terms of access for City of London firms to Europe after the Brexit transition period expires.

Last month Chancellor Rishi Sunak wrote to his EU counterpart requesting both sides sit down to secure stable access for City of London bankers to European markets by June 30, arguing an equivalence deal should be possible because of their identical regulations.

"As agreed in the political declaration [added to the UK withdrawal deal], this means proceeding with the assessments, not taking political decisions by that date," Dombrovskis said in a letter to London seen by the Financial Times.

He added the bloc would take into account "any divergences of UK rules from EU rules" when making its decision.

The fresh row highlights the City's fears its bankers could be blocked from conducting business in Europe after Brexit.

The exchange will reinforce frustration in Britain that the future system of market access for financial services will be based on equivalence, a system that is dependent on unilateral decisions by Brussels that can be rescinded, fueling fears City bankers could be blocked from conducting business in Europe after Brexit.

Britain has called for "consultation and structured processes for the withdrawal of equivalence findings, to facilitate the enduring confidence which underpins trade in financial services", but Brussels claims this undermines its sovereignty.

The EU is also aware that financial regulation is an important source of leverage as the two sides haggle over the terms of their future relationship. The Commission can withdraw equivalence rights unilaterally at only 30 days' notice.

Virus spread prompts Fed to slash rates to near zero 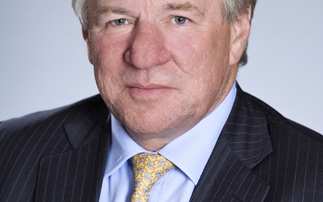