First budget of this parliament 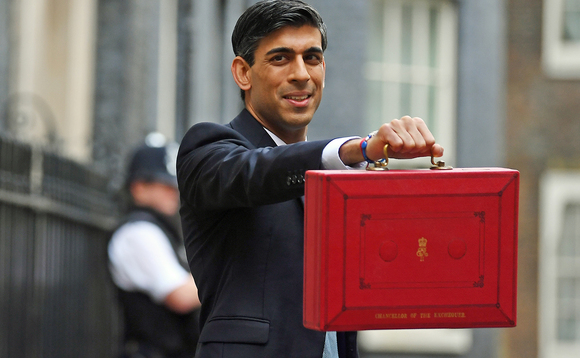 Chancellor Rishi Sunak has committed a £30bn fiscal stimulus to tackle the economic impact of coronavirus, promising "to keep this country and our people financially secure".

In the first Budget of this parliament published today (11 March) Sunak described the ongoing health crisis as "the key challenge facing this country today", warning that the combination of a possible 20% reduction in people in work and the impact on business supply chains "will mean that for a period our productive capacity will shrink".

"[Coronavirus] will have a significant impact on the UK economy but it will be temporary. Life will return to normal."

It follows the Bank of England's sudden decision to cut interest rates to 0.25% this morning in efforts to soften the economic fallout of the coronavirus outbreak.

Sunak said the Government's own response was "temporary, timely and targeted" response, which is "closely coordinated with the BoE".

Among the spending pledges designed to soften the economic blow of the health crisis is a £2bn cash injection into 700,000 of the UK's smallest business, and £7bn of support for the self-employed, businesses and vulnerable people.

There will also be a £5bn "emergency response fund", which could "go further if necessary", in addition to a "fiscal loosening" of £18bn, Sunak explained to the House of Commons.

Sunak also revealed a "three-point plan" to help support the economy. Firstly, he promised: "Whatever extra resources NHS needs to cope, it will get… Whether its millions or billions of pounds."

Secondly, the Chancellor promised funds to "strengthen the safety net" for the less financially secure, including making it easier to access benefits.

To cushion the impact on smaller businesses, those with less than 250 employees will be provided refunded for any sick back up to 14 days, amounting to "up to £2bn for up to two million businesses".

Sunak also promised loans for smaller businesses struggling with cashflow over that period, with the government offering a "generous" guarantee on those loans. A number of businesses in the retail, leisure and hospitality sectors will also be given tax cuts worth £1bn.

The Chancellor said: "Our economy is robus,t our public finances are sound and our health services are prepared. I will do whatever it takes to support the economy."

Over the longer term, the Chancellor committed £175bn to infrastructure, in what the Prime Minister Boris Johnson described as a "revolution".

Sunak also said he would increase the national insurance threshold to £9,500, amounting to a tax cut for 31 million people, while the national living wage will reach two-thirds of median earnings.

Looking ahead to the Autumn Statement, Sunak said he will consider potential changes to the government's fiscal framework, but added that "even within required framework I have the flexibility to act over the next two years".

Published alongside the Chancellor's speech, the Office for Budgetary Responsibility (OBR) revealed its borrowing forecast for the coming years. As a proportion of GDP borrowing will jump from 2.1% this year to 2.4% and 2.8% in the next two years respectively, before falling to 2.5% the year after.

Growth is expected to be 0.5% higher than it otherwise would have been as a result of budget measures, while the OBR is also expecting a 2.5% productivity increase over the longer term if this Budget's ambitions are held up by future governments.

It is also forecasting a Budget surplus in ever year over the next three, while the deficit is now down to less than 2% of GDP.