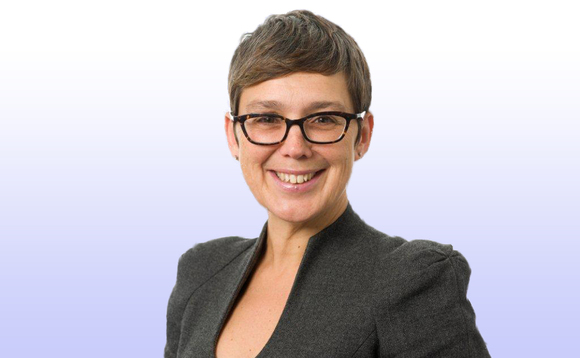 Speaking at the inaugural festival, hosted by InvestmentEurope and its sister publications Investment Week, Professional Pensions and Professional Adviser at The Brewery in London, the UK Financial Conduct Authority's executive director of supervision said the gender pay gap is primarily driven by the low number of women in senior roles.

In her talk, 'Breaking the Glass Ceiling: an economic case for gender diversity', Butler said that most firms are taking action to tackle the gender pay gap, but the number females in senior jobs remained low.

Butler added women who were in senior roles needed to help other women climb the career ladder.

She said it is much more about a "sticky door" instead of a glass ceiling, as you have to really push through to get other women through to those senior levels

She said: "I speak to chief executives; they talk to me passionately about the value they put on diversity and inclusion. But it is not enough - how does it actually get down through a business?"

She added that culture change takes time and sustained commitment from leaders and the issue the sector continues to face on gender diversity is "not solvable overnight".

Elsewhere, Butler told delegates that it is not just about recruitment in tackling gender diversity within financial services and warned there was no silver bullet.

"Most firms are now recruiting equally at grad level and the like. The problem is keeping women in the workforce so they are then able to move up.

"This is an industry where people move between firms a great deal. The only way for some of these standards, broadly conduct standards to rise, is for everyone to rise together.

"It needs a continual push to deliver that sustainable change."

US cuts rates in response to Coronavirus

The new normal: Understanding the shades of ESG investing