Companies in the Isle of Man have been informed that recently introduced economic substance rules are to be more stringently enforced, with firms warned of 'higher stakes' should they be found to be in breach of the new regulations.

Robert Rotherham, a tax director at accounting consultancy KPMG told Isle of Man Today: "Economic substance is here to stay and with the Isle of Man Income Tax Division now having released the new company tax returns it is imperative that affected businesses understand how they should complete them and what this means for them in the context of the economic substance rules."

"As many companies will now be in their second period to which the rules apply, the stakes are getting higher," said Rotherham.

Being able to demonstrate an ongoing audit trail while keeping up with ever-changing regulation across multiple jurisdictions can be an onerous task for businesses, so ensuring they are well-equipped to meet the challenge is key."

The IoM's Income Tax Division can issue penalties of £10,000 to £50,000 for breaches of the economic substance rules.

Clare Kelly, a senior tax manager at KPMG, added: "Being able to demonstrate an ongoing audit trail while keeping up with ever-changing regulation across multiple jurisdictions can be an onerous task for businesses, so ensuring they are well-equipped to meet the challenge is key."

Conduct of business
In a period of regulatory upheaval for the Crown Dependency, the final stage of the Isle of Man Financial Service Authority's (IoMFSA) Conduct of Business code came into effect in June, bringing new disclosure rules to international financial advisers that are paid commission from companies based in the jurisdiction.

The new framework was aimed at making commissions more transparent, since life companies are required disclose in more detail how it pays and how much commission it gives to advisers when transacting client business.

The US-led economic substance tax law has led many jurisdictions to issue or revised their official guidance in recent months, including the Cayman Islands and UAE.

UBS and C. Suisse only ones to pass regulator's crisis planning test 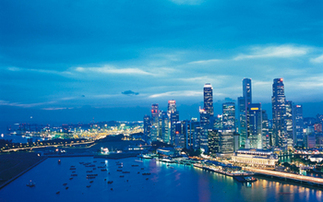