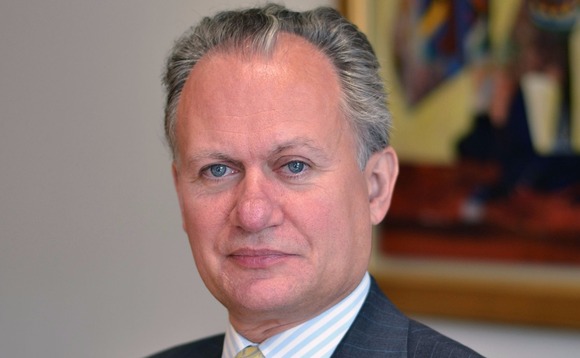 Buxton will be assisted on the £47.5m offering by Errol Francis and Ed Meier, who both co-manage the Merian UK Alpha fund with the firm's former CEO.

The move comes a day after it was announced Jupiter Fund Management would acquire Merian Global Investors for £390m. Buxton will take over the trust once the decision has gained shareholder approval at the end of April.

Buxton said he and his team were "delighted to be appointed" as manager of the trust. "We look forward to working with the Board and to using our proven long-term approach to improving the returns to shareholders and growing the Company over time."

Jupiter UK Growth's chairman, Tom Bartlam, added: "Richard is one of the most prominent UK equity investors and brings with him a wealth of experience.

"The board looks forward to working with Richard and his colleagues to determine the best way to broaden and grow the appeal of the company, while continuing our association with Jupiter."

The board of Jupiter UK Growth said in October it had decided to review its investment strategy after a period of poor performance under Davies' stewardship. It explained that a range of options had been considered since, including finding a new fund manager, from within or outwith Jupiter, and liquidating the company altogether.

Jupiter will also add Merian Chrysalis, taking the assets under management from its trust business up to £772m.

CEO Andrew Formica recently told Investment Week Jupiter would be looking to rebuild this part of the business, saying Jupiter and investment trusts should be "natural bedfellows". Jupiter recently hired Magnus Spence as head of investment trusts to replace the Devon-bound Richard Pavry.

On the Buxton appointment, Formica said: "Jupiter is committed to growing the assets under management of this trust and of our investment trust business generally. This appointment is a significant development in achieving this objective."

The board said there would be no change to the company's investment objective, nor fees. However, Jupiter did agree to not take a base management fee for the whole of 2020, which the board estimates will save £240,000.

Buxton has previously managed the Schroder UK Growth Fund plc, while with the firm.

Since Davies was appointed as manager of the trust in April 2016, it has returned just 11.5%, well below its benchmark UK All Share index 38.3%, according to FE fundinfo.

James Carthew, head of investment company research at QuotedData, told Investment Week: "This potentially solves a headache for the board, which had instituted a review of the future of the company following an extended period of poor performance under Steve Davies.

"Liquidation was a serious possibility but the Buxton name and track record could stem the shrinkage of the fund and allow it to re-expand. The shares are up 1% at the time of writing but the discount was already tight thanks to the discount control mechanism."