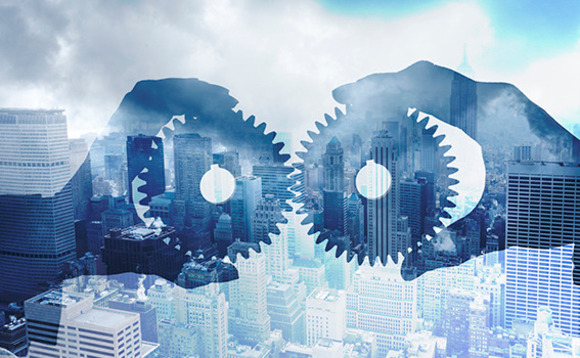 Italian bank Intesa Sanpaolo has launched a €4.86bn takeover bid on its banking rival UBI Banca in what has been described as a response to supervisors' repeated appeals for Italian banks' consolidation.

The move has been seen by some industry voices and the media as an attempt by Intesa to start a consolidation wave in Italy's fragmented banking system.

The Italian lender, which is the biggest in the country, said it would offer 1.7 newly issued shares for every 10 UBI Banca shares tendered.It explained the bid corresponds to a value of €4.25 per share in UBI Banca, or a 27.6% premium to the lender's share price at the end of last week.

Thanks to this operation, the bank that will emerge from the integration of Intesa Sanpaolo and UBI will be one of the leaders of the new banking system.”

If the offer materialises, the firm emerging from the operation would be the seventh-largest bank in the eurozone with €1.1trn in assets. It would also give Intesa €3m retail, small business and private clients and combined revenues would reach €21bn.

Intesa said in a statement: "Our industry, at a European level, has entered a phase that requires greater scale, increased investment capacity and a focus on socially sustainable finance in order to excel.

"Thanks to this operation, the bank that will emerge from the integration of Intesa Sanpaolo and UBI will be one of the leaders of the new banking system."

If the offer is successful Intesa would quickly delist UBI and merge with it, aiming to complete the transaction by the end of the year.

With regards to the selection of UBI, Intesa CEO Carlo Messina, said: "UBI is the best run medium-sized bank in Italy, both in terms of its balance sheet and its commitment to the real economy and sustainability.

"UBI's CEO and management team have done an excellent job, and they can expect notable opportunities inside the new Group that will emerge from this operation. Indeed, Intesa Sanpaolo can be an accelerating factor in achieving the objectives just announced in the new UBI business plan."