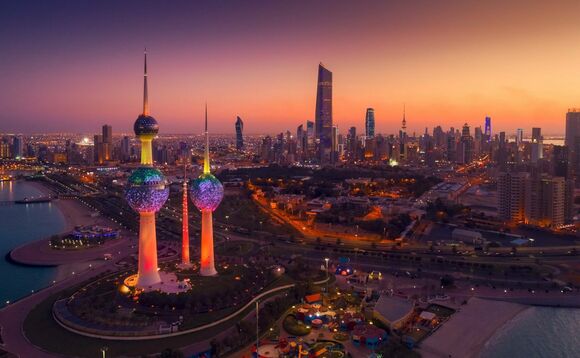 The New York-based MSCI has announced that the Gulf state of Kuwait has been upgraded to emerging markets status on its global index.

According to KMEFIC, a leading Kuwait asset management firm, this will generate increased interest in Kuwait single country ETFs and locally listed equities.

"The upgrade could have very positive implications for Kuwait equities," explains Abdullah Albusairi, Director of KMEFIC. "The most likely effect will be passive inflows into these stocks, especially as they will be included in the MSCI Emerging Markets Index when it is rebalanced in May 2020."

Saudi Arabian asset flows into ETFs started to pick up in early 2019 before the Saudi upgrade. They continued to rise from $250m to nearly $5bn, almost 20 times as compared to 2018."

According to Boursa Kuwait, the local Kuwait stock exchange, these inflows are estimated to be in the region of $2.6 to $3bn. Beyond passive inflows there may also be positioning from active investors. Estimates for these are as high as $7bn.

Regional markets Qatar and the United Arab Emirates went through the same process in 2013 and Saudi Arabia followed in 2019.

Albusairi added: "Looking at Saudi Arabia for example, the market showed discernible positive price impacts on both the announcement of the inclusion as well as on implementation. Using the comparison, Kuwait might experience a large performance boost in the first half of 2020 due to buy side pressure."

Saudi Arabian asset flows into ETFs started to pick up in early 2019 before the Saudi upgrade. They continued to rise from $250m to nearly $5bn, almost 20 times as compared to 2018.

KMEFIC recently launched a Kuwait single country ETF that tracks the FTSE Kuwait All Cap Index (15% cap), an index of small, mid and large cap securities trading on the premier or main market of the Kuwait Stock Exchange. The KMEFIC FTSE Kuwait Equity UCITS ETF "KUW8" was launched in April 2019 in conjunction with European white label ETF platform HANetf. The fund is an Irish domiciled UCITS which is now available for distribution in six EU countries.

Hector McNeil, co-founder of HANetf, added: "The launch of our Kuwait ETF in April has tapped appetite for a single country play on a fast growing and wealthy Middle East economy. There are many markets like Kuwait that are evolving rapidly and winning wider investor recognition.

"With an ETF such as KUW8, investors can access a diverse basket of Kuwait securities across industry sectors and multiple capitalization bands which provides targeted exposure to Kuwait but is more diverse than buying single Kuwait stocks."