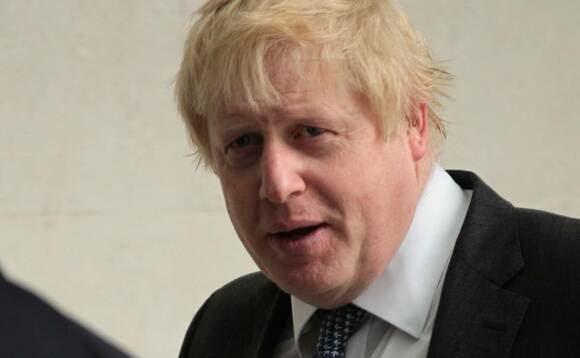 The UK general election has seen the ruling Conservative party returned to power with their largest majority since Thatcher's 1987 election. Sterling and the markets rallied on investor relief at a more predictable outlook for the country as its departure from the EU on 31 January seems all but certain.

The Conservatives have so far increased their Commons majority by 47 seats, with a total of 361 seats to Labour's 203. Labour has lost 59 seats.

With more than 90% of votes counted a the time of writing, the Labour party has seen its worst election result since 1935. Jeremy Corbyn, the Labour leader of the opposition, has said he will not resign despite the party's so-called "red wall" all but collapsing across its northern heartlands. Corbyn described the outcome as "a very disappointing night."

With the political deadlock over Brexit at last seemingly on the way to resolution, the outlook for investors appears more positive than it has for some time.”

A jubulant Boris Johnson addressed his suppporters in the early hours of Friday: "We must understand now what an earthquake we have created. The way in which we have changed the political map of this country. We have to grapple with the consequences of that, we have to change our own party to rise to the level of events."

Financial services and the markets generally expressed relief at the outcome. Colin Dryburgh, of Kames Diversified Growth Fund, said "The electorate have rejected the opportunity to lurch leftward into Jeremy Corbyn's vision of a socialist utopia that promised radical reform of the way in which the UK economy worked.  On both readings, markets are likely to heave a sigh of relief."Nigel Green, CEO of deVere Group, said that "Christmas had come early for the pound, economy and UK financial assets." Green added: "With more political certainty due to the large majority, the UK economy is also likely to receive an election bounce.

"Billions of pounds in business investment that has been on the sidelines due to the parliamentary paralysis is now ready to be unleashed. This will give a much-needed boost the slowing British economy."

In London trading this morning the pound was up 2.3% against the dollar, rising to $1.3411 on its sharpest rally in over three years.

Caution
Guy Foster, head of research at wealth manager Brewin Dolphin, cautioned that, "a lot can change over the coming months as the finer detail of the UK's future trade relationship with the EU is negotiated.""This is still, after all, just the beginning of the exit process. Even with the passing of the withdrawal agreement, the UK could still leave the EU without a deal at the end of 2020 if trade negotiations don't proceed successfully," he added.

However Foster conceded "With the political deadlock over Brexit at last seemingly on the way to resolution, the outlook for investors appears more positive than it has for some time."

Esty Dwek, head of global market strategy, Natixis IM Solutions, his plan to get a trade agreement done by the end of 2020 is likely to hit some snags. Indeed, the hard work begins now, and even a bare-bones agreement is unlikely to be achievable in less than a year.