Advisers from across the United Arab Emirates came together this morning to embrace the recent regulatory reforms affecting life insurance and commissions caps.

Speaking at the inaugural International Investment Middle East Forum in Dubai's Ritz-Carlton, Peter Culnane, director and head of pensions, Middle East, at Fairway Group said he felt "extremely positive" about the changes, coming as they were to "a sound regulatory environment in the UAE."

The speakers were responding to new regulation introduced last month by the UAE Insurance Authority (IA). The new rules, known as Circular 12, relate to life insurance and family takaful insurance will introduce a 4.5% commission cap on the sale of lump sum portfolio bonds or offshore bonds.

Jopp spoke of the relatively low penetration rates for life insurance companies in the GCC generally, especially when compared with similar rates in the UAE, and pointed out this gave the industry a clear scope for expansion in the coming years.

All aligned
The Zurich Middle East CEO also foresaw change coming to the UAE regulators: "Looking at the UAE, I think what we will see over time is an alignment of the financial regulators, quite probably under one body."

The second panel, which was formed of advisers, discussed the overall impact of such changes to the IFAs in the region, and in particular how technology and marketing will come to be ever more crucial to their success. The panel was moderated by International Investment's Gary Robinson, who was joined by Noel O'Leary, divisional manager Middle East at deVere Group, Nigel Sillitoe, CEO and founder of Insight Discovery, Con Lillis, executive partner at Abacus and Sean Kelleher, CEO, Mondial (Dubai).

O'Leary foresaw "plenty of consolidation" within the industry in the coming few years. Yet he argued also that the nature of financial advice will continue to evolve, with opportunities for those companies who adapt their business accordingly.

A central area of growth will be fintech, the panellists agreed. Jopp added that advisory firms should "invest in technology to be able to better educate, better engage."

All change
Nigel Green, founder and CEO of deVere Group, gave the keynote speech, in which he continued the theme of change. Responding to the recent waves of regulatory reform Green argued this was "nothing unusual, and nothing to be afraid of," drawing comparison with other sectors across the economy all faced with comparable - or larger - levels of disruption to their business models. "We can expect the pace of change in the coming 10 years to be equivalent to all that we saw in the past 100 years," Green cautioned. 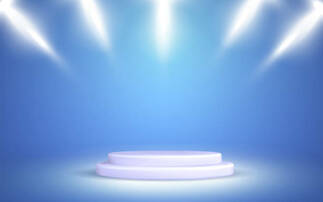