The Cayman Islands is the busiest offshore jurisdiction for dealmaking in the first six months of 2019, accounting for 38% of all M&A transactions and 42% of total deal value across the offshore region, according to offshore law firm Appleby.

This according to the latest edition of Offshore-i, an Appleby report that provides data and insight on merger and acquisition activity in the major offshore financial centres, focusing on transactions announced over the first six months of 2019.

"The Cayman Islands had a particularly strong start to 2019, with the number and value of deals involving local targets far outpacing other offshore jurisdictions in the first six months of the year," said Simon Raftopoulos, partner and group head of Appleby's private equity practice in the Cayman Islands.

"Cayman companies were the targets in four of the 10 largest offshore deals, making the jurisdiction one of only a few to see total deal value rise when compared to the previous six months."

The Cayman Islands had a particularly strong start to 2019, with the number and value of deals involving local targets far outpacing other offshore jurisdictions in the first six months of the year"

While the first half of 2019 saw a decline in multi-billion megadeals across the offshore region, one significant outlier was the sale of a 2.8% stake in Cayman-incorporated e-commerce giant Alibaba by West Raptor Holdings LLC (a wholly owned subsidiary of Softbank Group Corporation) for approximately $11bn.

In total, Cayman recorded 570 deals, worth a cumulative $50bn in the first half of 2019. While the number of deals was down when compared to the second half of 2018, the dollar figure represented a 28% increase.

Jersey saw the number of local merger & acquisitions (M&A) transactions increase by 11% over the first half of 2019.

The jurisdiction recorded 90 deals in the first six months of 2019, worth a cumulative $15.2bn. The report added that while total deal value was down slightly when compared to the second half of 2018, volume was up 11%.

"Not only did Jersey see an increase in M&A activity in the first half of 2019, the island also recorded the largest average deal size of any offshore jurisdiction during that period," said James Gaudin, a Partner in Appleby's Corporate Department in Jersey.

"The average deal size was fuelled in large part by Jersey companies being targets in two of the largest 10 deals recorded across the offshore region in the first half of 2019."

The Isle of Man saw a 64% rise in deal volume over the second half of 2018 and Guernsey recorded a 4% increase in deal value over that period.

Overall, the five sectors that made up the bulk of inbound offshore activity were finance and insurance, manufacturing, construction, wholesale and retail trade, and information and communication.

While the primary focus of Offshore-i is on transactions in which offshore targets are purchased by investors, the report also examines deals in which the acquirer is based offshore. There were 1,589 of such outbound deals announced in the first half of 2019 with a total value of $124bn, representing numbers that were slightly ahead of inbound activity.

Bermuda's outbound activity was considerably higher than last year including one of the largest offshore acquisition deals of 2019 to date: the $2.2bn purchase of Vivat NV, the Netherlands-based insurance provider. 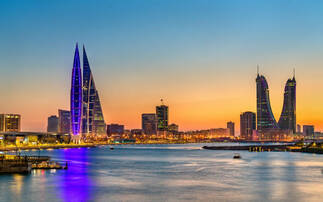 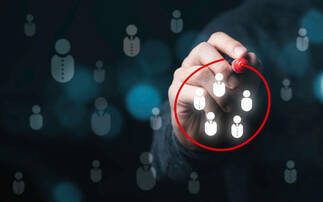 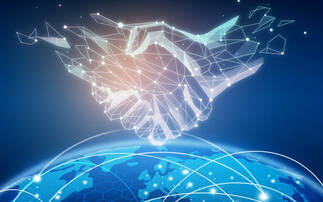