Over a third of women entrepreneurs face gender bias when raising capital: HSBC

More than a third of the world's women entrepreneurs have experienced gender bias when trying to raise capital for their business, according to research by HSBC Private Banking.

Female entrepreneurs in Hong Kong, mainland China and Singapore have to invest more of their money to start a business according to the multinational survey that highlights the yawning gap between the way potential investors treat women and men.

Women secure 5% less capital on average globally than their male counterparts, according to the ‘She's the Business' report, and 61% of women surveyed said they had to pitch for capital in front of groups of investors solely or predominantly made up of man.

In the US that discrepancy widened to 8%, while female entrepreneurs in France and the UK reported the net largest investment gaps at 7% and 6% respectively.

Globally, women secured an average 57% of the capital they sought from investors, while men secured 61%.

"Whilst entrepreneurship as a while has been flourishing, we were disconcerted by the fact that still today, female entrepreneurs represent only 3% of deal flow," Antonio Simoes, chief executive of HSBC Private Banking said. "While the proportion of women-led startups continues to grow, female entrepreneurs are statistically still playing catch-up," he added.

"In more than half of the pitches I have done so far, I have been asked if I'm married or have kids. I don't normally get asked about credibility as a business leader at all, although this is usually because I think investors evaluate this when they dive into our business performance," Norma Chu, the founder and CEO of DayDayCook, a Hong Kong based cookery website told International Investment.

"To tackle gender bias, I believe we need to showcase more successful female entrepreneurs. We need to have the confidence not only pitch great ideas, but build even more great businesses to further take on gender bias," she added.

She believes that with time female entrepreneurs will be perceived just as credible as men in the pitch process. Her advice to women looking to become entrepreneurs is to concentrate on the business: "do your best, forget the rest. Don't think of yourself as a woman when you run a business. The road of entrepreneurship is more a case of survival of the fittest, regardless of gender."

"We believe that by unlocking the potential of female entrepreneurs and helping them to thrive, this will have tangible economic benefits for the global economy. If we ignore half the population's potential to grow successful businesses, we are denying ourselves not only the possibility to make great returns, but also the possibilities for exciting new products and services," she told International Invesment. You can read the full interview here.

HSBC surveyed more than 1,200 entrepreneurs - just over half of whom were female - across eight countries in North America, the Middle East, Europe and Asia between June and July. The wider survey was carried out online, with the bank also conducting in-depth interviews with female business leaders in Europe and Asia.

To qualify for inclusion in the survey, participants must have secured or been in the process of securing at least £100,000 of capital from investors.

'Society as a whole can be more proactive when it comes to championing female founders': interview with regional head of HSBC Private Banking 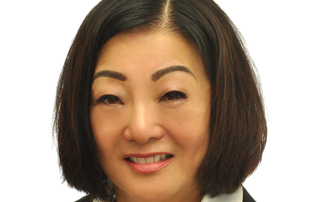