More than three in every five firms (61%) experienced a cyber attack in the past year, with average losses associated with all cyber incidents have risen from £180,000 last year to £291,000.

For larger firms cyber-related losses now top £551,000 on average compared with £128,000 a year ago, according to a study commissioned by insurer Hiscox.

Phishing attempts are overwhelming the industry, impersonation fraud through spoofed emails and copycat websites has increased exponentially and data breaches are recurrent.

Like any growing digital economy, where there is opportunity, there are cybercriminals"

"The cyber risk may mutate rapidly, but progress in mitigating and managing it is also evolving. I hope this report will go some way to helping promote a better understanding of the issues and encourage the adoption of rigorous and effective measures to minimize the cyber threat," Gareth Wharton, Cyber CEO at Hiscox, said in a statement.

Overall, US, German and Belgian firms score highest on the cyber readiness model, while more than four-fifths of French firms (81%) are in the ‘novice' category. Along with the Netherlands, France has the smallest proportion of large and enterprise firms that rank as ‘experts', at 9%.

In the UAE, just under half of CEOs are prepared for a future cyber attack. Tim Wood, head of cyber security, KPMG, said: "CEOs suggest over 70% of them believe that it's not just a matter of if they get attacked, but when, because they know this is happening. So there's a real understanding in the CEO community of the threat of cyber attacks."

According to the report, global CEOs who have made their organisation more cyber resilient are also more focused on disrupting their industry, tend to make bolder use of AI, and are projecting stronger revenue growth (over two percent revenue growth or more) over the next three years.

"Like any growing digital economy, where there is opportunity, there are cybercriminals. And while cybercrime and the importance of security has certainly come to the fore, it needs to be a priority on the business agenda to ensure we can reap the benefits of a maturing Fintech space," Bethwel Opil, enterprise sales manager at Kaspersky in Africa told local news outlet The Guardian.

Number of expats in Oman near 2 million threshold 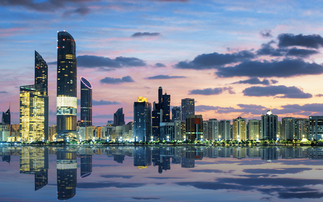