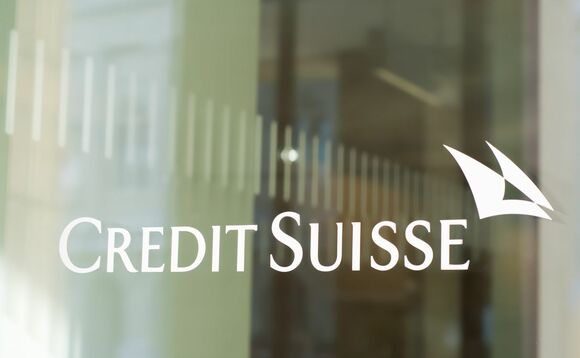 Private detectives were hired to track the Swiss bank's former head of wealth management, Iqbal Khan in September, in a scandal that has rocked the world of Swiss banking.

The bank began its surveillance of Khan last month because of fears that he was preparing to poach bankers and clients to bolster the fortunes of rival UBS, where he was due to start work on Tuesday.  Khan discovered he was being followed in downtown Zurich two weeks ago. The 43-year-old banker confronted the individual tracking him, leading to a chase and then an altercation.

Khan alleges a group of three men chased him and his wife through the streets of Zurich by car and on foot, which culminated in a physical confrontation behind the Swiss National Bank.

While Credit Suisse has admitted it hired the spy firm, Investigo, each side disputes the other's version of events.

Switzerland's second-biggest bank said on Tuesday that Pierre-Olivier Bouée had left the bank with immediate effect after the board of directors ruled that the seven-day spying operation was "wrong and disproportionate and has resulted in severe reputational damage to the bank".

The bank's head of security, Remo Boccali, has also resigned, as it emerged that a security consultant involved in the surveillance effort had committed suicide. Neither Bouée or Boccali will receive a pay-off, the bank said.

Urs Rohner, Credit Suisse's chairman, said during a press conference: "It was wrong to order the surveillance. The measures taken did not represent our standards. Those responsible for the observation should not be employed by the group." He added: "The reputation of our bank has suffered . . . I would like to apologise on behalf of Credit Suisse to our excellent employees, our shareholders, and to Iqbal Khan and his family for the consequences."

The report said Bouée alone who had decided to initiate the observation of Khan. There was no indication chief executive Tidjane Thiam, who had fallen out with Khan, knew about the surveillance.

A personal animosity developed between the two bankers, which intensified after Khan bought and spent two years redeveloping a property near Lake Zurich which neighboured a property belonging to his boss.

Media reports suggest there was an altercation in January between Khan and Thiam at a cocktail party held by the chief executive at his home, over a dispute about some trees planted on the Thiam property.  Khan claims his wife had to separate them, Swiss newspaper Tages-Anzeiger reported. He later complained to his board and chairman about the incident and announced his departure from Credit Suisse shortly after.

Bouée will be replaced by James Walker, a senior executive at Credit Suisse's finance division.