Data published by Real Capital Analytics (RCA) suggests that the volume of UK property transactions fell by 31% to some €23.4bn in the first six months of 2019, when compared to the same period a year ago.

RCA lays the blame squarely on Brexit concerns, which overlay an overall cooling of the commercial property market across the Europe region, albeit with a few exceptions. Its data suggest that the second quarter of 2019 was the slowest for property investment since 2012, with both cross border and domestic investment levels "at a six-year low".

Tom Leahy, senior director of EMEA Analytics, noted: "The political process surrounding Brexit is clearly unsettling property investors in the UK market, who are becoming increasingly risk averse. But we also saw transaction volumes slow in most major European markets in the first-half of 2019, with the notable exceptions of Spain and Sweden. That slowdown was magnified by the sharp declines in retail investments, but excluded defensive segments such as apartments, hotels, senior housing and care homes. These ‘Beds' sectors are benefitting from structural market factors, and are now attracting around a third of all the investment capital being placed in European property."

Among the structural reasons identified for the weaker property market is the disappearance of mainland Chinese and Hong Kong investors from Europe. In the 2013-2017 period, these investors put €50bn into European property; but capital restrictions mean that they have become net sellers, RCA says.

The five biggest buyers by type therefore are German, US, UK and South Korean institutions and UK 'other' investors.

Only four of Europe's 10 biggest commercial property markets experienced volume growth in the first half of the year, RCA continues. But it adds: "In Sweden, the first six months data were flattered by a particularly slow comparative period a year prior, but the market also seems to have benefitted by the central bank's dovish policy towards rates and there was a strong showing from the office, apartment and industrial sectors. Spain similiarly recorded growth from a low base." 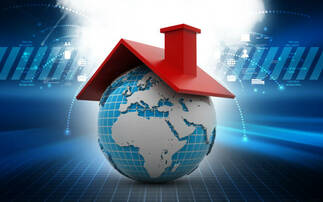