Vietnam is the best-placed frontier market to prosper over the coming years, according to T. Rowe Price portfolio manager Oliver Bell, as he flags three factors likely to drive performance of the asset class over the remainder of 2019.

In a recent note, he said: "In 2018, Argentina was mired in a crisis, Saudi Arabia struggled with foreign investor perceptions, Sri Lanka faced a leadership vacuum, and harmful tax measures in Kenya and Romania took a toll on their respective financial sectors.

[Vietnam] feels perfectly positioned in terms of the fundamentals of the country getting stronger."

"As these issues are addressed or fade, 2019 could present a silver lining."

'Perfectly positioned'
Bell identified Vietnam as his favoured frontier markets, especially due to the ongoing trade tensions between the US and China, saying it "feels perfectly positioned in terms of the fundamentals of the country getting stronger".

He explained countries such as Vietnam and Bangladesh are likely beneficiaries as China loses its appeal as a manufacturing hub, adding Vietnam is "disproportionately geared into the global economic cycle due to its large export market".

He said: "Labour in Vietnam costs a third of what it does in China, productivity is good - mostly driven by Korean and Taiwanese companies that are doubling up on foreign direct investment. There do not really appear to be any weak links."

Various frontier market elections are due to take place this year, including in Argentina, which Bell said looks like a fairly binary outcome.

He said the likelihood of former president Cristina Fernández de Kirchner running against incumbent Mauricio Macri is increasingly likely, if only to avoid further investigation into ongoing corruption allegations.

Current polls indicate Kirchner has a chance of success, which the manager said has created more volatility recently. However, much can change in the country over the coming months, as a series of federal and provincial elections are scheduled to occur ahead of the country's general election on 27 October.

Were she to win, Bell said: "Our view is that would be extremely bad for markets and we would see a flood of money out as foreign investors ran for the door."

Regarding future upgrades from frontier status, Bell explained as countries move from frontier to emerging - according to MSCI categories - they tend to attract inflows, largely driven by passive funds that look to "fill quotas" in line with the new weightings.

With Argentina and Kuwait - as well as the current standalone Saudi Arabia - next to be upgraded, Bell said he would not increase exposure to these markets once the countries move up the classifications, but nor is he forced to sell.

"All things being equal we would gradually dilute the position over time, as our investment thesis in each underlying company plays out," he added.

This article was first published by Investment Week, a sister title to International Investment 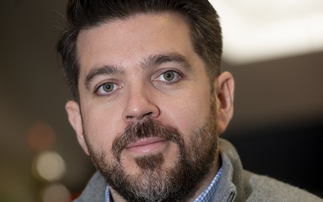