The majority of over-45s do not know how much inheritance they will pass onto their beneficiaries, according to Canada Life's 2019 IHT Monitor.

Two thirds (63%) of over-45s have not told their beneficiaries how much inheritance they plan to leave them, highlighting the ongoing uncertainty regarding the amount of money needed to fund later life.

Despite this lack of clarity, over a third (35%) of those passing on an inheritance believes their beneficiaries will use at least part of it to fund their own retirement.

There is a clear disconnect among over-45s between their desire to leave something behind to their beneficiaries and the need to fund their own retirement."

This suggests many are in the precarious position of failing to plan adequately for later life and are relying on an inheritance windfall, which may not necessarily be passed down, in order to enjoy a comfortable retirement.

Concerns
One of the biggest concerns for over-45s is that they will use up all their assets to fund their own retirement and leave nothing behind for their beneficiaries.

Two in five (39%) are worried about this scenario, while a similar proportion (40%) are concerned they will not have enough saved in their pension to cover their later life. Meanwhile, three in ten (30%) are worried about giving away funds to family members that they may need for their own retirement.

Neil Jones, wealth management and tax specialist at Canada Life, commented: "There is a clear disconnect among over-45s between their desire to leave something behind to their beneficiaries and the need to fund their own retirement. It seems that many are losing the battle, acknowledging they don't know how much they'll be able to leave behind to the next generation.

"It appears that many people over the age of 45 may not have clarity on their finances - what they need for later life and what they can set aside for their children, grandchildren and loved ones. To rectify the situation and gain control of their finances, over-45s should visit a professional adviser." 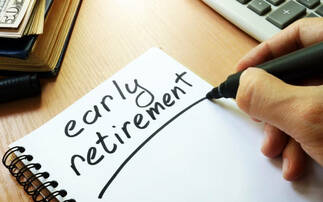