Australia's oldest wealth manager, AMP, reported a nine-fold increase in net cash outflows at its wealth management unit in the first three months of 2019  in the wake of damaging revelations of misconduct revealed by a Royal Commission inquiry.

The 170-year-old company was accused of charging fees for no service and attempting to deceive regulators, which led to the loss of its chairman and chief executive. It has since haemorrhaged billions of dollars in funds and is facing class-action lawsuits.

Net cash outflows surged to A$1.8bn ($1.3bn) in the first quarter from $200m in the same period in 2018, in what AMP classed as the "post Royal Commission environment". Cash inflows for the first quarter slipped to A$4.69bn, down $1.3bn year-on-year.

For a little while, things actually get harder"

"Last year people were pretty freaked out about what was going on at the Royal Commission, and it's taken a while for that to flow through," said Hugh Dive, chief investment officer at Atlas Funds Management, which sold out of AMP in 2018.

The chairman of the struggling wealth manager has warned of more pain for shareholders caused by legislative changes in the wake of the Royal Commission inquiry.

Recently-installed chairman David Murray told the meeting AMP had failed its shareholders, employees and financial advisers after a horror outing at the the banking royal commission last year that saw customers take their savings elsewhere.

He said AMP still had a lot of work to do and faced a number of issues such as legislative changes to commissions, and superannuation and financial planner education requirements.

"For a little while, things actually get harder," he said.

"For a wealth manager the size of AMP, the implications for our business are proportionally larger than many other institutions, given the focus on advice and superannuation."

Murray added AMP was shown to have "faltered from its purpose".

"The business was too slow to identify customer issues and take appropriate action. In hindsight, investment in monitoring and systems was not adequate for the complexity
of the business," he said.

"The board has taken firm decisions on consequence management and those accountable for issues highlighted in the royal commission are no longer with the business."

Several shareholders expressed their concern about the company's ability to change its ways.

"AMP had been a pillar in the financial and insurance sector but the management forgot its core purpose," one shareholder referred to only as Manuga said during the meeting.

"Normally when the new management takes over the share price goes up. This probably happens because the financial analysts and the fund manager expect the turnaround in the organisation. In the case of AMP it has not happened despite the steps taken by the new CEO." 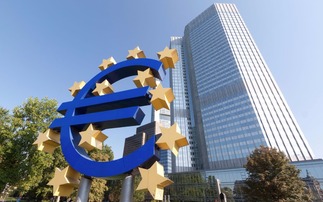