Nordic Capital has strengthened its presence in DACH region with the appointment of Rainer Lenhard, and announced three additional Partner promotions across Stockholm and London in the wake of heightenedtransactional activity.

Rainer Lenhard, who joins from investment bank Goldman Sachs, becomes partner and co-head of Nordic Capital's advisory office in the DACH region alongside Joakim Lundvall from 1 June 2019. He will be based in Frankfurt and will focus on Nordic Capital's core sectors Healthcare, Technology & Payments and Financial Services.

At Goldman Sachs, Lenhard was managing director, focussing on European healthcare companies, with an emphasis on the DACH region. He started his career at McKinsey & Company in 1998, working across various industries in the DACH region, before joining Goldman Sachs in 2006.

With seven DACH-headquartered companies in its current portfolio, Nordic Capital is one of the most active investors in Germany, Austria and Switzerland - especially in the healthcare sector. Since inception, Nordic Capital has invested circa €3bn across 10 companies in the region. 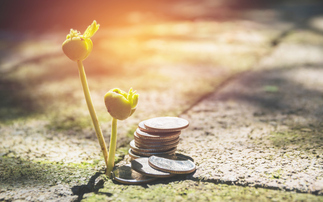