Just over a week from the start of the Milan Forum 2019 to be held on 8 of March at the Four Seasons Hotel, InvestmentEurope is pleased to announce the name of the participants joining the panel discussion.

All-female panel on the asset management industry will be joined, as its title indicates, exclusively by Italian female fund professionals in the context of the International Women's Day.

The panel, which will be moderated by Morningstar Italy's managing research editor Sara Silano, will address topics including diversity in the fund management industry while offering views across asset classes and ESG.

Manuela D'Onofrio from Cordusio Sim, Grazia Orlandini from BPER Banca and Patrizia Bussoli from Pramerica Sgr will be the three speakers joining the discussion.

D'Onofrio, co-general manager and head of Investment & Products area at Cordusio Sim, is also responsible of Group Product & Investments Platform in UniCredit SpA. She started her career working as a derivatives specialist at Chase Manhattan Bank New York in 1989, moving later to JP Morgan where she first managed the bank's bonds portfolios and later those from private clients.

Orlandini, chief investment officer at BPER Banca and member of the board of directors of Optima Sim, was previously chief executive officer of a small Italian asset manager owned by a private equity fund from 2014 to 2017.

Bussoli, who is responsible for heading the team of Asset Allocation products in Pramerica Sgr, joined the firm from Fideuram Investimenti, where he spent 12 years as head of Fixed Income Asset Allocation. Previously, she was a fund manager for credit and ABS in Nextra, and before, she worked as a macroeconomist at Deutsche Bank in London.

The panel session is one of the innovations that the Milan Forum brings this year, during which InvestmentEurope's new event Women in Investment Awards Italy will be presented, set to take place on the 2 of October 2019 with the aim of recognising the inspiring achievements of women in the investment industry in Italy.

The Milan Forum 2019 is also joined by the CFA Society Italy as educational partner for first time. Boardroom sessions will be provided to the 35 Italy-based fund selector delegates by sponsoring groups, including Acadian, Comgest, Eurizon Asset Management, La Financière de l'Échiquier and Vontobel. 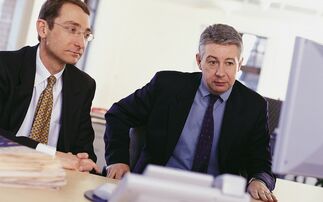